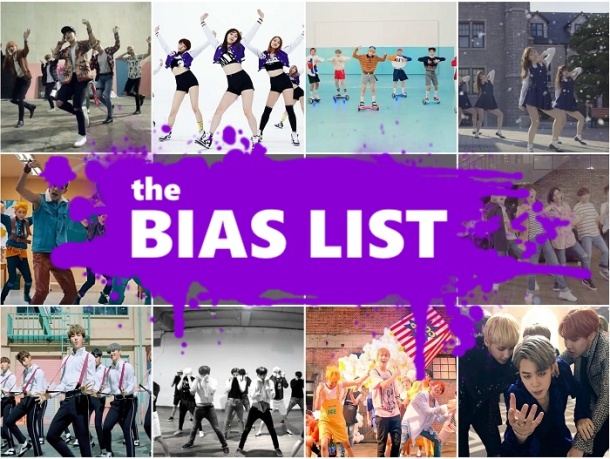 As we move through the year’s best k-pop moments, it’s important not to forget 2016’s most memorable choreography, which is one of the genre’s most valuable hallmarks. Dance routines are such a huge part of most k-pop comebacks, highlighted by a catchy “point dance” that aims to be easily repeated by viewers. As groups’ rosters begin to swell in number, formations are becoming more and more complex, but it all comes down to which routines best brought their respective songs to life.

An underrated production overall, Stalker’s sharp point moves did a nice job highlighting the song’s theme — particularly the framing of the eye and hunched over posture.

K-pop choreos don’t necessarily need to be difficult to stand out. Cheer Up became ubiquitous in part due to its easily replicated, ridiculously addictive routine.

Lighter routines don’t often get the spotlight they deserve, but Tonight‘s choreography was overflowing with goofy charm. You simply can’t beat a high kick, especially when the group has this much energy to spare.

A gimmick can either cheapen a routine, or turn it into something truly memorable. Chewing Gum‘s use of hoverboards perfectly matched NCT Dream’s age and sound, impressing with its novelty and pure gutsiness.

BTS turned up the sexual energy with the fluid, powerful choreography for Blood, Sweat & Tears. The chorus in particular is a whirlwind of swirling limbs and perfectly in-sync formations.

Since their debut, GFriend have been pursuing a more strenuous dance style than their contemporaries. Rough slowed things a bit, but delivered several iconic moves that culminated in their perfectly realized ticking clock formation.

Fire‘s aggressive routine brilliantly matched the song’s bombast, climaxing in a highly rhythmic chorus that played with tempo and mixed the broad with the intricate to showstopping effect.

No group uses formations as brilliantly as Seventeen. Pretty U reinvented their playful routines as a mini musical, utilizing a series of inventive interactions to create a palpable sense of joy that somehow managed to be as compelling as it was cheesy.

Stretching k-pop choreo to its limit, the demanding Fire Truck routine left barely a second to breathe. It’s one of the few 2016 dances that used vertical space just as strongly as horizontal, moving all the way from the floor to the air.

There are many k-pop groups with a large number of members, but Seventeen truly knows how to use that to their benefit. Very Nice packs them tightly together for its absolute blast of a chorus. It’s a dizzying mix of push and pull — slowing down for an extended lean before speeding up for a blast of perfectly in-sync footwork. The performance is completely upbeat and fun, but doesn’t sacrifice the visual drama that’s essential to an effective group choreography.