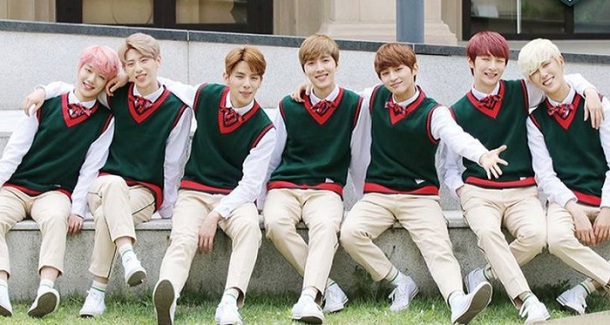 Top Secret is not a group on many fans’ radar, and they wouldn’t be on mine either if it wasn’t for their connection to producers Sweetune. They debuted this January with the catchy — if slight — She, and are back with another Sweetune track for part two of their “school trilogy.” Mind Control is a mixed bag, with the expected dose of propulsive 80’s dance pop undercut by a few ill-advised production choices.

I applaud Sweetune for attempting an expansion of their classic sound. After all, infusing their style with tropical house influences for Snuper’s Back:Hug resulted in one of 2017’s best singles so far. But there are some elements that just don’t mesh with their polished production. The best part of Mind Control is its chorus. And the worst part of Mind Control is… its chorus. Divided into two distinct sections, the initial refrain is a light, catchy wisp of bubblegum pop hooks that feels refreshing and suitably melodic. This is followed by a chanted repetition of the song’s title, which is then pitched down in an awkward bit of vocal arrangement that clashes with the song’s driving beat. It sounds less jarring after a few listens, but still feels like it’s part of a different song entirely.

Mind Control‘s verses are largely forgettable. The instrumental is at its best when it pushes forward at a constant energy. The change in tempo during the pre-chorus allows for spotlight on the group’s rappers, but blunts the track’s momentum. Still, the song’s strong moments outweigh its missteps, resulting in a good (but not great) entry in the Sweetune discography. Luckily, the mini-album’s b-side tracks It’s Good and Up & Down are pretty spectacular if you’re a fan of this producer.