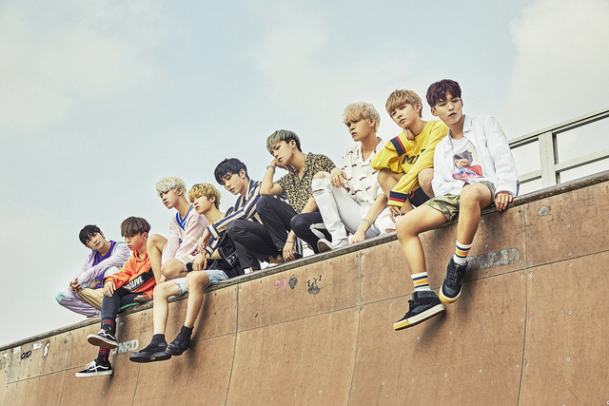 After a few years of immense growth, K-pop hasn’t seen all that many notable debuts so far in 2018. The industry has become more infatuated with limited run project groups and sub-units, many of which are connected to an audition or survival show. New boy group D-Crunch (short for Diamond Crunch, which sounds less perverse but equally as odd) arrives without any of those ties. Their agency is small, but their hard-hitting hip-hop stands out among idol groups.

Standing out doesn’t inherently mean the music is good, but it’s a vital component to a successful debut. The best thing I can say about Palace is that it shows me exactly who this group wants to be. And while their sound isn’t quite to my taste, I can appreciate the intentionality of its focus. In fact, Palace doesn’t really feel like an idol group release at all. Its bass-heavy instrumental relies on dark strings and synth, but never bends to any of K-pop’s current trends. It’s also the song’s strongest element — an undulous playground of muted symphonics reminiscent of Xia Junsu’s immortal Tarantallegra.

I’m far from a rap critic, but the verses sound alright to these ears. There’s not a whole lot of energy to them, but the guys are somewhat limited by the languid pace of the instrumental. What little vocals we have are smooth but sort of aimless, with a lot of sing-talk shoehorned in around the hip-hop. A mid-song power note hints at greater potential to be unlocked in the future. The one thing really missing from Palace is a strong chorus. There’s no killer melody to latch onto, which makes the whole track feel kind of forgettable.