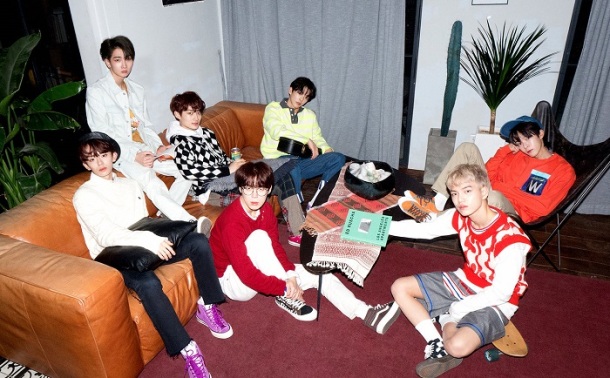 One of my wishes for 2019 was to see more bright concepts from boy groups. Newly debuted VERIVERY are the first to wholeheartedly jump into that sound this year, building on 2018’s retro-leaning Super Special with the cheerful Ring Ring Ring. As the younger brother group to Jellyfish Entertainment’s VIXX, you might have expected them to debut with a darker, high-concept style. But, Ring‘s fresh, fun energy turns out to be a perfect match for their youthful appeal — and a welcome energy boost during these winter doldrums.

New Jack Swing is not an unfamiliar genre to K-pop, but VERIVERY have really embraced its rhythmic structure. Super Special established this nostalgic template, and Ring pushes further with stronger hooks and tighter construction. Right off the bat, the song hits us with stabs of percussion and sprinkles of upbeat synth. The verses are pretty standard for this style of song — bubbly and melodic with interjections of charming hip-hop asides. But, the airtight chorus is where Ring really shines.

I love these kind of choruses – ones that coast in as if you’re joining a party already in progress. Ring’s buoyant hook reminds me of NCT Dream’s 2017 hit My First And Last. It’s not quite as fully realized, but the sentiment is there. By opening with a robust, layered burst of melody before sliding into a more rhythmical refrain, the chorus leads with its strongest punch to really stand apart from the verses. But like the chanted, party-starting bridge that comes later, it doesn’t feel disconnected from the rest of the song. Ring presents an incredibly taut arrangement, while still allowing a sense of spontaneity to flourish. We’re only nine days into the new year, but K-pop’s new crop of rookies are already coming out swinging.