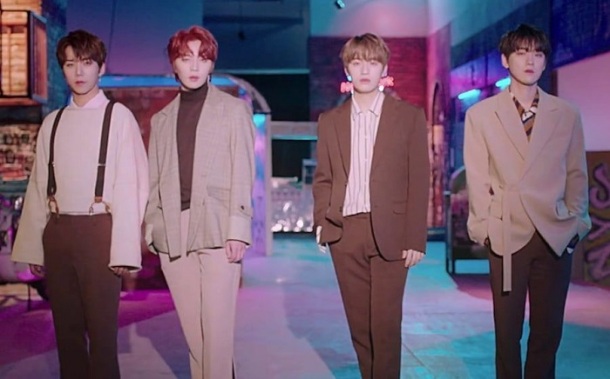 So, let me get this straight, 100%. You’re going to tackle a retro concept and not give Sweetune a call? I mean, talk about a missed opportunity! For a few brief months in 2016-17, the guys met their perfect producer match in the form of Sweetune. After parting ways, their music has become the definition of forgettable. They tried their hand at tropical pop last year to minimal effect, and fare even worse with the trend-free mid-tempo funk of Still Loving You.

This song feels very much like it belongs in 2014, and I say that in the most generic sense possible. I’m always up for K-pop acts reverting back to musical eras that I enjoyed, and there’s something appealing about Still Loving You’s simple ambitions. However, the track fails to bring any of 100%’s musical color into the mix. This group is home to some of K-pop’s most alluring vocalists, but they’re not given much to do here. From the instrumental to the melody, everything feels overly slick and subdued.

Still Loving You has what I like to call a whiny melody, favoring a sing-song structure over something more robust. Its repetitive arrangement doesn’t give the track anywhere to go. That’s not to say the song needs to build to some big, bombastic climax, but there’s no sense of growth anywhere. The opening whistle-esque synth loop pretty much tells you all you need to know. It’s kind of droning, a little dull and seems almost unimpressed with itself. Unfortunately, that’s the same feeling I came away with after Still Loving You finished playing.