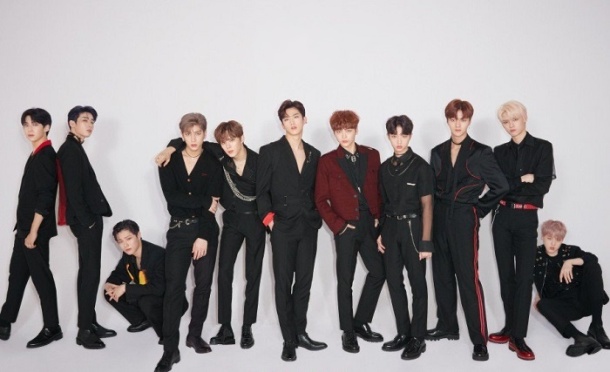 As fraught with disappointment as the Produce 101 discographies can be, they can usually be counted on to deliver a strong debut track. As far as I’m concerned, no song has yet matched 2017’s Energetic, which is a dynamite release with or without the Produce label attached to it. The series’ latest victors, dubbed X1, are entering the idol industry under more scrutiny than any of their predecessors, weighed down by accusations of vote-rigging that have made it difficult to secure the kind of endorsement deals these groups thrive on. With any luck, this controversy will force the powers-that-be to focus on the quality of their discography above all else.

Flash moves things in the right direction, though it’s too beholden to well-worn production trends to stand as a truly iconic release. Opening with atmospheric synths, the track quickly jumps into the kind of snowballing dance beat many Korean boy groups have been lodged in for the past year or so. I guess you’d call it “future house” or some nonsense like that. Despite its over-familiarity, this segment is structured well, with a languid build dropping into a funkier, percussive verse. Flash’s pre-chorus serves as its most robust moment, layering the group’s vocals for an extended climb that feels satisfying from the very first listen.

In contrast, I’m disappointed by Flash’s drop-style chorus. It’s not a particularly bad rendition of this structural trend, but it feels like the easy way out. A fleshed-out hook would have worked much better than the fitful slabs of electronics we end up getting. These kind of drops are likely created out of necessity, giving idol groups a chance to catch their breath as they focus on dance breaks rather than endless power notes. But, with eleven members to their name, X1 has the potential to go bigger and not sacrifice momentum by relying on half-formed chants as central hooks. Still, Flash has enough polish and verve to make this overused structure feel exciting. It’s not quite the Energetic start I’d hoped for, but it points towards great things to come if they can build upon this style and make it their own.