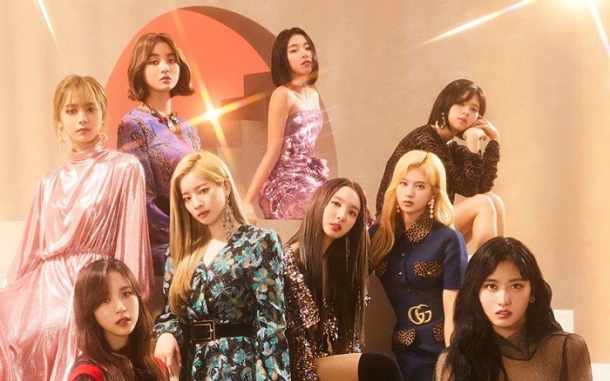 As Twice’s Korean output has shifted styles this year, their Japanese music has followed suit. This began with June’s striking Breakthrough, and continues with new single Fake & True. As with the last few years, Twice are churning out new singles with alarming speed, and that ubiquity has helped them make a convincing transformation in a fraction of the time it might take their peers. Barring some unforeseen holiday release, Fake & True will likely be their last music video of the year, and it acts as a celebratory closer to a momentous 2019.

Production-wise, Fake & True is a seamless follow-up to last month’s Feel Special. It bumps on a similar 90’s-inspired beat, harnessing elements of deep house for a sprightly instrumental that rarely dips energy. A heaping dose of brass gives the track a big, splashy appeal. It’s especially effective during the chorus, which otherwise relies on a barely-there melody before moving into a more robust post-chorus hook.

For me, a Twice single lives or dies on its melody — and specifically how that melody chooses to utilize the girls’ vocals. When it comes to timbre, they’re one of the most instantly recognizable groups in Korea, but too often their Japanese material has sucked the charm from their voices and replaced it with the kind of frantic, overly cutesy delivery that has become an age-old J-pop stereotype. Fake & True largely sidesteps this issue, but its verses are oddly muddled. The structure here is relatively lockstep, but the melody occasionally verges on aimless — dragging the vocals with it. Thankfully, Fake & True’s tight, energetic chorus slams back in without much delay, righting the ship and keeping the groove going. The rap is even better, perched atop propulsive rhythm rather than buzzkill trap beats. At this point, resistance is futile.