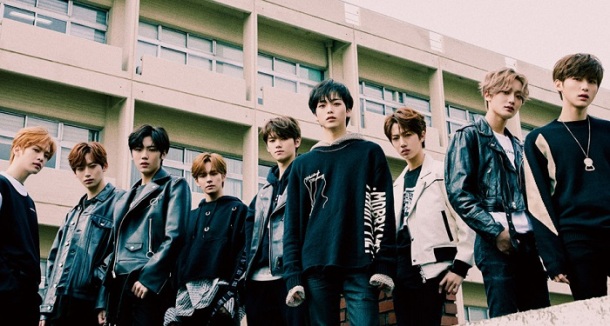 When it comes to boy group releases, 2020 has been lousy so far. In fact, I looked back at my reviews for the year, and it’s been three whole months since I rated a K-pop boy group title track above an 8.25. That’s kind of staggering, and totally unprecedented when it comes to the history of this site. Almost every 2020 boy group release has sounded interchangeable – moody, dark and stuffed to the brim with trap hi-hats. Given CRAVITY’s young age and its members’ bright personas on Produce X 101, I hoped they’d deliver something more upbeat and playful. But, despite its title, Break All The Rules breaks absolutely no rules whatsoever.

This doesn’t make Rules a bad song, but it does make it an underwhelming debut. Though plagued by other issues, Starship Entertainment has largely done a good job giving each of its artists their own unique sound. However, CRAVITY feels too much like a younger, less aggressive Monsta X. You can’t blame the agency for chasing successful trends, but I really had my fingers crossed for a Boyfriend version 2.0 or a male take on WJSN’s spacey sound.

Instead, Break All The Rules offers a more melodic version of NCT 127’s guitar-fueled Kick It. The pulsing instrumental is the song’s strongest element, bringing a satisfying drive to the verses and chorus. In between, we get one of those generic, trap-laced builds that does little to set the group apart. Rules’ chorus is a little amorphous for my taste. I like the vocals, and parts of the melody actually remind me of second generation K-pop. But overall, this hook feels aimless – in search of one killer refrain that never quite materializes. And more than anything, Break All The Rules’ silly posturing just isn’t the kind of image that will help CRAVITY stand out. The group has tons of promise, but they need their own perspective. As much as I was looking forward to this debut, my 2020 boy group flat line continues with yet another cut-and-paste, could-be-anyone effort.

20 thoughts on “Song Review: CRAVITY – Break All The Rules”