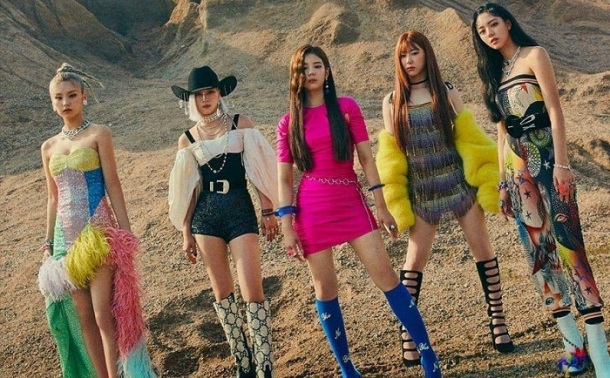 ITZY’s Icy came on shuffle the other day, and I couldn’t believe how funky it sounded. It had been months since I’d last heard it, and the time away made the whole track feel more massive than I remembered. I mention this because it seems as though new single Not Shy is striving to replicate that rhythmic appeal. It’s a turning point for the girls, enlisting a team of new producers and capitalizing on the girl crush trend that ITZY themselves helped popularize. In this way, the track feels like it’s chasing its own tail. One year later, ITZY are starting to sound like everyone else.

Not Shy continues to thrive on the sense of attitude that’s fueled ITZY’s discography thus far. There are plenty of fun moments to be found. The chorus – as simple as it is – has a lot of potential. I’ll never be a fan of chanted hooks, but ITZY steer clear of the grating aegyo to land a sharper punch. However, Not Shy’s irritating instrumental does the song no favors. The combination of trap beats and chopped brass does not make for a very compelling backbone. The production needs a fuller sound – more bass and less tinny percussion. The central groove is fine, but imagine how cool it might have sounded if driven by bass guitar and interesting synth rather than trap. Even its dance break is oddly muted – at least when it comes to ITZY singles.

Right from the start, Not Shy clobbers the listener with a frantic energy. This retreats a bit for the verse, though there’s too much “ra ta ta ta ta” sing-talk during these segments for me. This isn’t a melodic track at all, and that’s okay. However, it could really do with at least one big, anthemic hook. Icy had that fantastic pre-chorus. Dalla Dalla and Wannabe’s choruses soared. Too much of Not Shy feels like the connective tissue between these bigger moments. When we never reach those expected climaxes, the result can’t help but be a little disappointing.