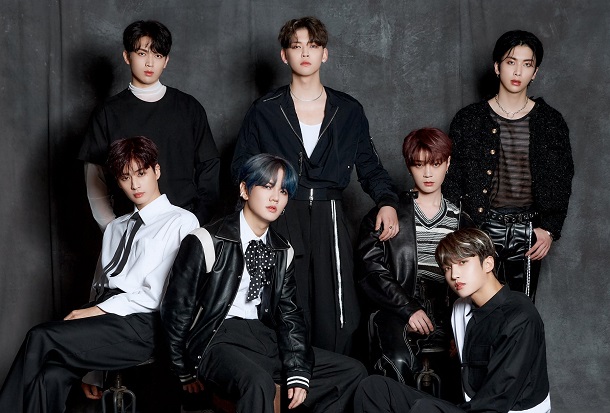 While I’ve never counted UP10TION among my personal favorite idol groups, they’ve elbowed their way into my year-end top ten list a couple of times. Their singles tend to be hit or miss — but when they hit, they hit big. Funny enough, Spin Off encapsulates this contrast into one song. It boasts many excellent points, undercut by a middling middle.

Spin Off opens with a tease of its chorus, and it’s a big one. There’s a sense of grandeur within this soaring refrain, reminiscent of big, brassy beasts like SHINee’s Sherlock. The boys sound fantastic, their layered vocals crafting a knockout punch. And when this chorus returns to unveil its full potential, Spin Off absolutely soars. I love when K-pop goes big and bold, and UP10TION deserve kudos for laying it all on the line.

But… you knew it was coming. If you’re triggered by endless discussions about K-pop’s second verses, skip to the next paragraph because Spin Off slows to a crawl during its middle. The instrumental makes a few interesting choices within this framework, but the change in momentum lasts far too long and sacrifices the blazing energy the track had been building. A deft arrangement can counter this issue (after all, one of my absolute favorite songs of 2021 features a prominent second verse breakdown), but Spin Off spends too much time spinning its wheels. I mean, imagine if Sherlock or The Chaser had placed an extended half-time verse right at their core? It just doesn’t blend with the rest of the song.

Luckily, Spin Off returns bigger than ever, bolstered by electric guitar as that brisk beat underpins the finale. The mighty chorus does all the heavy lifting, and is more than up for the task. It may sound like I’m down on this song, but that’s not the case. Despite all my grumbling, Spin Off‘s strengths far outweigh its missteps. But, it’s hard not to be frustrated when a track comes so close to excellence — especially when it’s pulled down in such a predictable way.