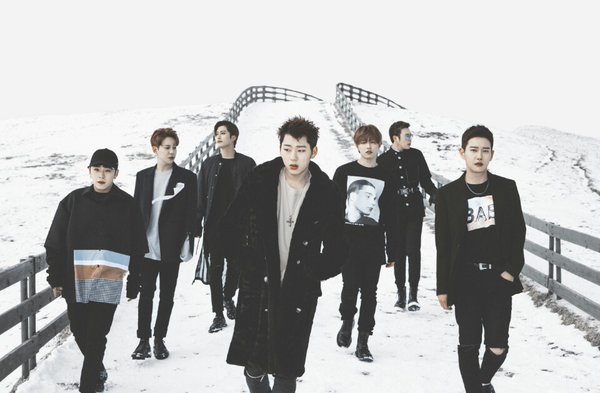 Block B have been away for a ridiculously long time, though it may not seem like it with solo releases by leader Zico flooding the chart. As part of their first group comeback in nearly two years, they’ve given us A Few Years Later as a pre-release. The grown-up, neo-soul track is much more subdued than what we’re used to from them, but was it worth the wait?

If this had been their main comeback single, I’d probably say no. But, as a pre-release, it’s pretty strong. The track divides its space equally between the members, melding melody and rap in mostly successful fashion. The lilting chorus kicks off the song before its soothing r&b beat kicks in. This melody is by far the strongest aspect of Years, providing a nice showcase for member B-Bomb’s underrated vocals. Besides giving the track an emotive heartbeat, it’s the only segment that ties all the disparate elements together. The two rap verses, in particular, feel like they come out of nowhere. It’s odd, because the group’s main rappers (Zico and Kyung) are arguably the most charismatic members, but their portions feel almost shoehorned in, like they’d be better served as part of a different song.

It was smart to save P.O.’s more abrasive vocals for the track’s final moments, where they create a brief, but effective climax. Beyond that, the energy is consistently low, though that matches Years‘ pensive, resolved vibe. Save the excitement for their inevitable title track. It’s good to have them back either way.

One thought on “Song Review: Block B – A Few Years Later”