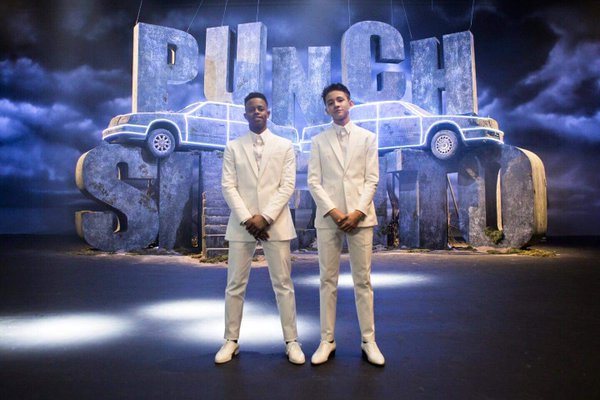 I want to preface this review by saying that 1PUNCH’s debut was one of my favorite kpop tracks of last year. Because of that, I’ve been following Punch since the duo’s disbandment. I think he has incredible potential and I’m really pulling for him. I say all this to clarify that I bear no ill-will towards the artist himself, but Spotlight is a stinker. The sad thing is, it didn’t have to be. Change two important aspects, and this could have been a standout track. Unfortunately, those two aspects are enough to ruin it.

Rarely has a single artist completely destroyed a song. I understand why Brave Brothers wanted to get him on board, but it’s a crass business decision at the expense of the actual music. I’m not overly familiar with Silento’s music, but the tone of his vocals, coupled with the lame shout-outs he delivers throughout the entire track, completely repels me. When he does “rap,” it’s not even on beat. It’s akin to a shrieking elementary schooler talking through the whole song. It’s unfathomably bad, and he should never, ever collaborate with a kpop artist again.

I’ve said before that one of the reasons I love kpop is that I understand very little of the actual lyrics. This allows me to focus on the melody and production, which have always been my favorite portion of songs. A problem arises, then, when a song is created to be “global,” meaning that it must be sung entirely in cliché-filled English, simple enough for anyone to understand regardless of their native tongue. To me, this always comes off sounding like a cheap copycat of American artists. In this case, it’s clear that Brave Brothers was going for a Bieber-esque sound, but Bieber hasn’t sounded this basic in years. Punch deserves better lyrics and less vocoder. The chorus is strong, and the beat is great. Why ruin it with cringey clichés?