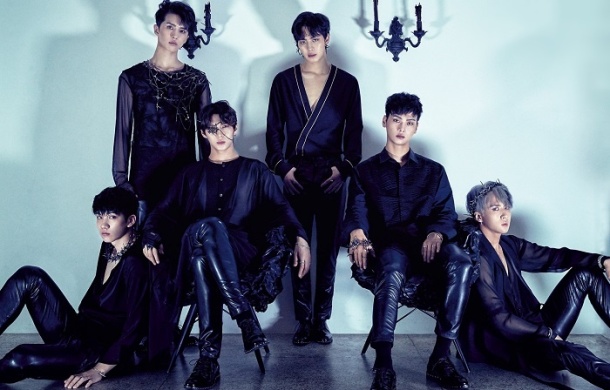 VIXX continues their Greek God inspired series of albums with a stark contrast to the 80’s funk pop of April’s excellent Dynamite. The group first found major success with darker concepts, so it makes sense to see them back in the brooding, gothic mood for Fantasy. But even if the concept seems somewhat familiar for them, the overall sound is anything but.

In many ways, Fantasy feels more like theatre than an actual pop song. Drenched in orchestral styling, the song vacillates between the spare, tense boil of its verses and the bombastic symphony of its chorus. This contrast works well to set a dramatic mood, though as a song it feels less memorable than it should. Luckily, the heavy focus on production helps gloss over these shortcomings, hitting you over the head so intensely that it becomes impossible to ignore. As a mood piece, it’s hard to imagine a better track. The instrumentation and performance transports the listener completely, painting a picture that’s genuinely unsettling at times.

All of this makes Fantasy much easier to appreciate than to fall in love with. Though its chorus offers a welcome sense of catharsis, the central melodies feel distant and closed off, like we’re watching an incredible art installation that seeks to impress rather than engage. It’s so specific and fully realized that those strengths actually limit its overall appeal. Still, I’m delighted to see VIXX attempt something new and exciting. Though it likely won’t have as much longevity as Dynamite or even Chained Up, they’ve proven once again that they are the go-to group for these kinds of unique concepts — and that’s something to be very proud of.