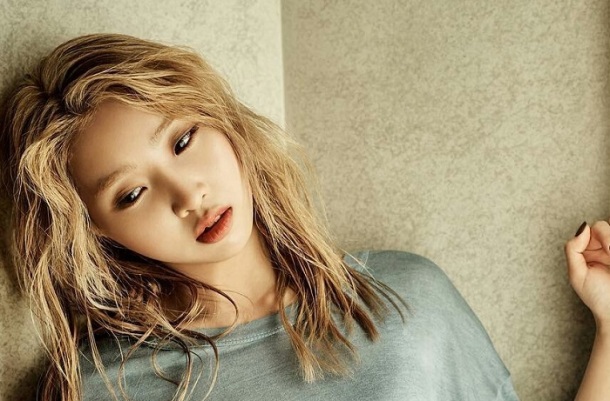 Until today, Minzy was the only member of now-disbanded group 2NE1 without a solo release to her name. But now she’s struck out on her own, signing with a new label and enjoying a different sort of fame through popular variety show Sister’s Slam Dunk. Fortunately, she hasn’t forgotten the sound that forged her career, as Ninano (니나노) keeps a good deal of that 2NE1 flavor while letting Minzy stand apart as a solo artist worth anticipating.

Ninano is in the same vein as a track like I Am The Best, forgoing any sense of experimentation or reflection in favor of a straight-up, attitude-infused dance track. As such, the song doesn’t reinvent the wheel. Kicking off with a swirl of vaguely middle eastern strings as its heavy percussion pounds in, the beat-driven instrumental feels full and compelling throughout. This is important, because Ninano‘s melody is not particularly adventurous. Delivered in a repetitive, almost monotonous structure, the song’s verses wouldn’t work at all without that production supporting them.

Things improve as the track moves onto its pre-chorus, which essentially functions as the song’s main melodic hook. It’s not a complex refrain, but I love the way both the melody and instrumentation tilt downward, as if the song is about to crash rather than build in the expected EDM fashion. When this segment gives way to the spare breakdown at Ninano‘s core, it initially feels like a missed opportunity. But this is a dance track after all, and like the moments before it, that dynamite production saves what would otherwise seem underwhelming. If anything, the song is too short. By the time Flowsik comes in for a dynamic rap verse, Ninano is nearly over. Had it built to one final climax rather than petering out too early, the track could have transformed into a true anthem.