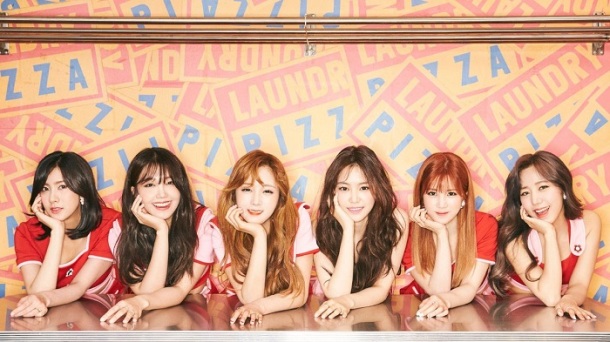 While girl group Apink‘s first few years marked them as a reliably strong purveyor of sugary-sweet pop music, their last few releases have been mired in the same “been there, done that” feeling of repetition. They’re not a group that has ever pushed many boundaries musically or image-wise, but it may be time for a reinvention. Five is a serviceable slice of bouncy k-pop, but we’ve heard every one of its charms countless times before.

Five‘s immediate impression is favorable, as its bright synth beat springs to life bolstered by a filtered guitar riff in the background. Had they built the entire track around this guitar-based style, the song might have offered a welcome jolt to their staid sound. Instead, the song’s more interesting instrumental moments are buried in a light, strings-and-synth driven beat that brings nothing new. That’s a shame, because the verses have an amiable bounce that would have benefited from a more diverse arrangement.

Five‘s chorus calls back to the lock-step formation of their 2014 hit Luv, but it takes the template and makes it more saccharine and childlike. The refrain is catchy, for sure, but it’s so devoid of anything approaching edge that it comes across as toothless and somewhat cloying. It’s as if the team behind Apink’s music (including the usually top-notch Shinsadong Tiger) have simply run out of ideas. It makes me long for another Hush or Mr. Chu — something that balances their light, good-girl image with striking hooks and a general sense of excitement. Unfortunately, it doesn’t seem as if the group is looking to branch out anytime soon.