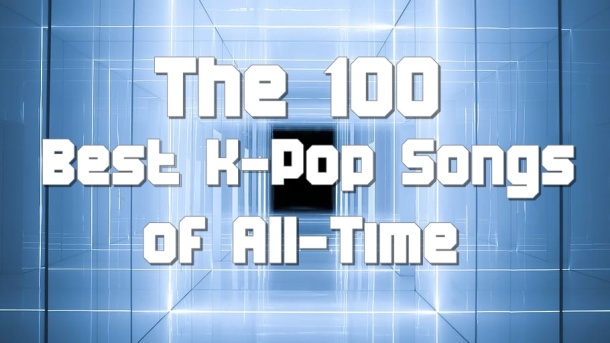 The idol side of K-pop is driven more strongly by groups than soloists, and within that framework there are few performers who can convincingly drive an entire song themselves. G-Dragon’s solo career stands as a unique achievement of its own, apart from his excellent work with Bigbang. He is one of the most compelling personalities in the industry, and uniquely skilled at channeling that personality into music. This generation of idol rappers may offer a handful of “apparent heirs” to the GD throne. And sure, they can mimic the swag and the daring fashion and even the flow. But, no one has quite harnessed the deep well of emotion that GD does. That’s unique to him and his experience. And, that raw passion is on full display across the magnificent Crooked.

Put on your headphones and join me as I break down this song and explain why Crooked deserves its place at number three.

00:00-00:14 – When it comes to introductory synth arpeggios in K-pop tracks, I’m not sure there are any superior to this one. In the space of fourteen seconds, the music captures such a force of movement. There are tons of LFO effects layered over this synth segment, modulating the original line into a gorgeous wave of warped sounds that instantly raises tension. Just listening to this journey is immensely rewarding, and acts as a perfect set-up for what’s to come.

00:14-00:30 – G-Dragon’s vocals enter just before the full beat drops, leaving no doubt about who will be driving this track. Crooked opens with its chorus, and I’ve always thought a song has to be very confident to pull that off. You know that a songwriter has respect for their chorus when it’s the first thing they want you to hear. That’s become an increasingly rare trait in pop music.

This brilliantly anthemic melody gallops forward with the assist of crunchy rock guitar and that same synth arpeggio from the introduction, pulled deeper into the mix. It’s an incredibly propulsive brew, but also emotional in a way that takes you off guard right from the start. Building to a fists-in-the-air, rhythmic chant-along climax was a stroke of genius, and punctuates the melody with such satisfying, cathartic energy.

00:30-00:44 – Like all the best choruses, Crooked’s refrain hangs around awhile. An additional layer of percussion comes in for its second half, adding even more drive to an already galvanizing intensity.

And, can I just note how much I love the call-and-response nature of this hook? As a songwriting structure, call-and-response isn’t used nearly enough, even as the K-pop industry routinely weaves it into most live performances via fan chants. I wonder if this is intentional, for that very same reason? Either way, it’s always a welcome approach – especially if you’re eager to participate in the song’s energy.

00:44-00:58 – In my head, this verse has always been guitar-driven. Yet, there’s actually no guitar to be found. The instrumental is quite simple, retaining that heavy kick from the chorus and pairing it with a constant synth presence that compliments G-Dragon’s tone. Yet, the overriding force of this verse feels like punk rock, and that’s thanks to GD himself.

Of all the songs in my top ten, Crooked is probably the simplest when it comes to production and songwriting. Yet, it has become such a standout because of the personality infused into every moment. It’s hard to find a song that feels this emotional and raw, yet also carries such a polished pop sound. Usually, it’s one or the other. You’ll get a real personal, artist-centered track with little-to-no focus on megawatt hooks, or you’ll get a huge, swelling piece of artifice without much in the way of personal touches. Crooked is the rare song that fuses these two extremes equally, and that’s always been a huge part of G-Dragon’s appeal.

His flow here isn’t quite rap, and it’s definitely not singing. It hits somewhere in between – a brash, stream-of-consciousness moment of catharsis soundtracked by punchy, accessible power pop. I can’t think of anything else quite like it.

00:58-01:14 – Yet, can we just appreciate how melodic G-Dragon makes this all sound? The underlying synth certainly helps, and he uses that as a base for his phrasing, but he also has an authentically melodic voice, captivating in its range and pathos. This doesn’t just sound like some unhinged hissy fit. There’s real nuance and strength to it.

I’d argue strongly against that. As a vocalist, he may not be a technical virtuoso, but he brings more texture and charisma to a melody than almost anyone else in the industry. His impish tone belies the level of raw emotion present in his voice. He just barely hits all the notes, in the way that the best punk vocalists do. It feels offhand and unfussy, even though you know he’s perfected every one of his songs to exhaustive levels.

It’s this balance between sounding like you don’t care, and actually caring deeply about every moment, that makes his music so charming. Crooked is the best display of this appeal, and would be a mere shadow of itself if another performer had taken its reins. How many other K-pop songs can claim this same unyielding sense of individuality?

The guitar also re-emerges during this pre-chorus, though as an accent rather than a driving force.

01:27-01:58 – Silence is an under-tapped tool in songwriting, and it’s used brilliantly here. I love how each chorus emerges after a brief pause, brought in by G-Dragon’s vocal before the full instrumentation drops. It give this important moment extra oomph, adding to the refrain’s already-immense sound.

01:58-02:28 – This is one of my all-time favorite second verses. It doesn’t stop for a breath, overlapping with the final lines of the previous chorus, and has a real tactile appeal.

G-Dragon is even more riled up this time, his voice snarling the lyrics in a puffed-up, posturing manner that underscores the track’s overriding frustration and sadness. At one point, he even spits at the listener, abandoning all pretense of an idol performer for something more coarse and crude. All the while, tension rises as his tone becomes more frantic and out of control. It’s a frayed nerve, this song.

02:28-02:41 – Dipping into the pre-chorus here is a stroke of genius. You’ll notice that the kick drum is not present this time around, making this a more languid, disorienting experience than the first time we heard this melody. It’s a small touch, but adds a dynamic flow to the track. Songs require peaks and valleys, just as cathartic rants also need a moment to catch their breath. Otherwise, the sheer monotony of noise would lose its power.

The percussion here achieves this goal, removing itself completely before reappearing as a slow pulse that turns into a rapid-fire fill as we move into that brief moment of glorious silence once more.

02:41-03:12 – This is the third time we’ve heard Crooked’s chorus, and it never really changes between repetitions. Yet, with a melody and arrangement this perfectly streamlined, there’s no need to mess with a winning formula. It’s as powerful here as it was at the song’s opening.

03:12-03:26 – I will always love a good melodic coda. Pop songs rarely use them nowadays, but their presence will instantly draw me towards a piece of music.

Now, I’m not talking about the kind of quick, chant-along finale that Teddy now predictably infuses his music with. Crooked’s coda is two entire verses long, expanding upon the melody of the chorus with a desperately beautiful refrain of its own.

B1A4’s Jinyoung was a modern master of this format, and last year’s Wave by ATEEZ also used the melodic coda to its immense advantage. Crooked’s is up there with the best, amping the urgency of the track with a searing vocal from G-Dragon. I love how the melody climaxes in a shout-along tirade of fists-in-the-air punk-pop, only to descend back into the refrain’s more melodic base.

03:26-03:45 – The second time through, this melody gains even more desperation as the vocal ascends to a frantic – almost hopeless – peak before Crooked concludes with the punchy, adamant, and ultimately defeated “오늘밤은 삐딱하게”.