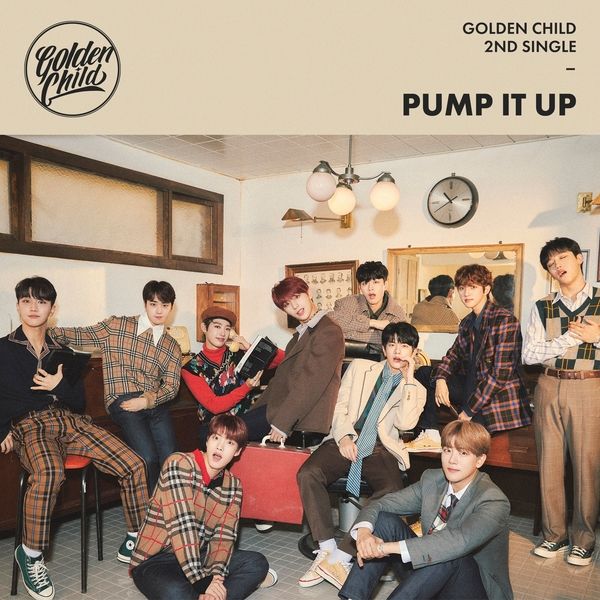 As usual, Golden Child gets the “bias group advantage” on this site. This means not only their title track and a buried treasure will be reviewed, but I’ll be taking a look at the entire new single album Pump It Up.

I’ll be adding Lean On Me (너의 뒤에서) to the growing list of propulsive Golden Child dance tracks that already includes instant-classics Lately and Eyes On You. Now that we’ve got Bright Child back with the release of Pump It Up, this is the Golcha sound I’m really pushing for when it comes to future title tracks. As evidenced by my immeasurable love for Infinite’s The Chaser, I have a particular weakness for this style of sleek dance anthem.

To be clear, Lean On Me isn’t up there with The Chaser (nothing is, to be fair…), but it borrows from that song’s musical DNA. In fact, the two tracks’ structures are remarkably similar, down to their use and placement of rap verses. What’s missing from Lean On Me is:

a) A big, memorable instrumental riff
b) The kind of towering vocal layering that gives a chorus extra oomph

Even so, Lean On Me is a total standout, and right up there with Golden Child’s best b-sides. It could have easily been an Infinite track alongside amazing material like 2014’s Shower. The instrumental crackles with energy, employing a series of ridiculously satisfying synth textures alongside a heavy kick drum, brushes of guitar distortion and synth strings. That’s a perfect combination in my book, made even more so as the percussion pulls away and slams back with renewed force. It’s the aural equivalent of a speed boat racing along choppy waters – occasionally thwarted by an oncoming wave but always powering through without diversion.

Melodically, Lean On Me is more reserved. It’s catchy all the way through, but without the kind of obvious crests that usually denote big pop choruses. I think this will play well in the long run, and it acts as a nice foil to Pump It Up, which is ALL CHORUS. Both are absolutely fantastic songs.

7 thoughts on “GOLDEN CHILD PUMP IT UP: In-Depth Album Review – Lean On Me”