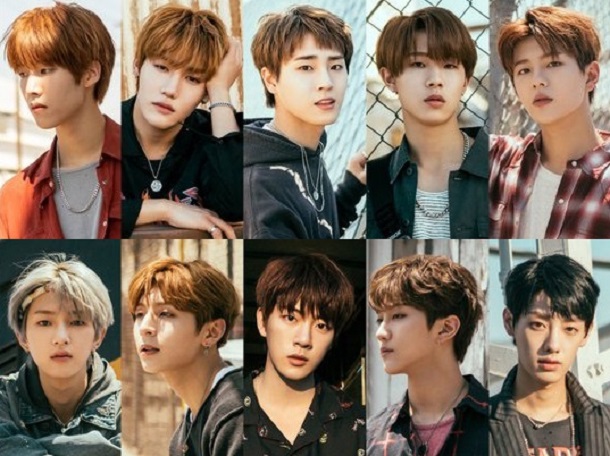 I don’t often post buried treasures within twenty-four hours of a group’s main title track — and I have a few older songs I still want to spotlight — but I simply couldn’t wait to write about Golden Child’s Eyes On You (너). The group’s new mini album Wish is super solid, if not as song-for-song perfect as January’s Miracle. But this is the cherry on top, and likely their best b-side yet.

Eyes On You was composed by frequent Woollim Entertainment collaborator J Yoon, who is also a member of rock trio M.C. The Max. And in a rare move, Sweetune was brought in to handle just the song’s lyrics. I’m curious if they had any input into the rest of the production process, because Eyes feels like a more experimental version of their peak moment, Infinite’s The Chaser.

If Golden Child end up traveling down an edgier path as they mature, this sound is definitely the way to go. There’s so much going on within Eyes’ brisk arrangement. The song kicks off with a choppy blast of electronics that immediate throws the listener into a disorienting rhythm. We get a small taste of the chorus in all its layered glory before the track pulls back for a guitar solo and supremely interesting verse that draws out its harmonics to create an overlapping, off-kilter structure. This all builds to a resounding explosion of a chorus, which towers over the rest of the track with formidable energy and climaxes in a chill-inducing key change. Through it all, we’ve got a feast of stray musical elements battling it out under the song’s surface, occasionally poking through to support the main melody. The fact that this is all streamlined into a three-minute, catchy-as-hell pop song is quite an accomplishment.

8 thoughts on “Buried Treasure: Golden Child – Eyes On You”