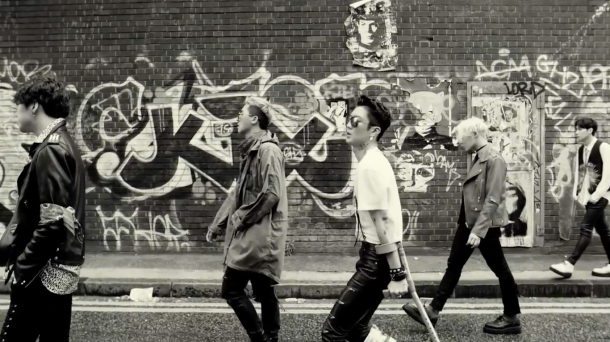 When it became clear that both Winner and iKON were going to be active under YG at the same time, many were concerned how each group would differentiate themselves from the other. Now that we’ve had multiple comebacks from both, I think it’s safe to say that Winner has carved out its own specific niche within the company, and within the larger world of kpop itself. And really, that’s the most important thing they can do right now.

Of their three new title tracks (Sentimental and I’m Young being the others), Baby Baby best represents this shift in sound. Part of why I like YG as a company is because they’re home to some of the best in-house songwriters and producers in the business. This is both a blessing and a curse, as it ensures a high level or quality at the expense of artists sounding very much like each other. With Exit, the guys of Winner were able to step up their composing game, and what they’ve come up with actually shocked me. Baby Baby is basically a mixture of old-school soul and American southern rock. It’s certainly not a trendy sound in Korea at the moment, but the song sticks out for precisely this reason. On first listen, I’ll admit that I was a bit disappointed. I selfishly wanted something loud and uptempo. But then I needed to remind myself that that is not the kind of band Winner is. They’ve never really been that.

Instead, we get something much more subtle and mature, which really does take a few listens to acclimate to. The mellow sound and melody feel completely timeless and without ties to any specific culture. It’s only when the rap comes in after the first chorus that we’re reminded that this is actually a song by a leading kpop group. The prevalent soft guitar twang running through the track is a production choice we barely hear in mainstream Korean music. The only other idol group I could compare it with is B1A4, who have recorded similar styles for their more recent albums. Even so, Winner imbues the track with a maturity that really sets them apart and makes Baby Baby feel like an important peak in their career. The beautifully shot music video is also among their very best.