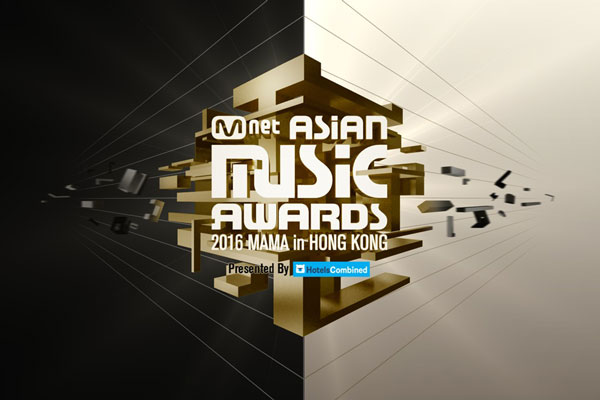 It was a night of emotional acceptance speeches, expensive set pieces and, of course, a little behind-the-scenes drama as well. The MAMA Awards are always an exciting, larger than life capper on the year of k-pop, and this year’s broadcast was strong in a number of ways. But as with all award shows dedicated to music, it’s the performances that most people will be talking about. Given that this is a k-pop blog, I’m not going to offer commentary on the western acts (sorry, Gallant and Wiz Khalifa), but read on to take a look at all of the Korean performances, ranked from worst to best.

12. Timbaland x Eric Nam
Eric Nam’s always a better performer than I expect, but this was by far the creepiest staging of the night. I just kept waiting for the camera to pan away from Timbaland, who looked utterly bewildered the entire time. I mean, he’s a producer, not a performer. I don’t know why they felt they had to have him roaming around and staring and adding a few spoken words here and there. It was uncomfortable for all involved.

11. BewhY x Yiruma
The staging here was cool, if a little self-serious. Most of BewhY’s material does nothing for me, so it’s hard to get all that excited. The piano solo by Yiruma was kind of an odd transition, but it suited the cosmos-themed visuals well. Their collaboration at the climax was by far the strongest of the medley’s segments.

10. Suzy x Baekhyun
It was cool to see this finally performed live, but the subdued nature of the song demanded a more intimate staging (and no, I don’t mean intimate between Baekhyun and Suzy!). The LED background seemed a bit tacky and ill-fitted for the track’s acoustic sound.

9. Lee Juck
The sentiment was right, and the constellation backdrop was gorgeous, but this ballad just doesn’t do much for me. I suppose I’m not really the target audience.

8. Taeyeon
Clean and simple, despite the drama that was soon to follow. The umbrellas were a little much for sure, but the columns of blue bulbs was an effectively old school stage prop.

7. Twice x IOI
This was certainly a smart pairing. It felt like the battle of the catchphrase, point-dance girl groups of the year. After an obnoxious opening video, both groups blitzed through their inescapable 2016 hits. Taken all together, it was a bit on the saccharine side, but fun nonetheless.

6. Zico x Dean x Crush
This was brilliantly staged, allowing each artist to enjoy the spotlight for a bit before the dramatic collaboration of all three. I particularly loved the light-up, movable bridge that gave Crush’s performance a dramatic visual. Watching Gfriend dance in the background during Zico’s solo was the cutest thing ever. It felt like they were being corrupted just by being in the same room as him.

5. NCT 127 x Monsta X x GOT7
The briefcase was a nice through-line for tying these three groups together, if a little cheesy (especially that ending). I liked the rap and dance transitions between artists as well. It’s just a shame that, when it came down to the individual performances, the groups opted for their standard arrangements and staging when they could have gotten a bit more creative.

4. Taemin
Taemin is just an absolute ball of charisma. I could watch him perform for hours. He’s so captivating. The mix seemed to be a bit off here, which was a shame because it robbed the performance of some of its power, but I LOVE that we got a bit of the epic MJ-esque Guess Who, and the transition into Goodbye (Sayonara Hitori) was absolutely glorious in its sense of theatricality.

3. BTS
The introduction and interstitials were very cool. Blood, Sweat and Tears was business-as-usual — excellent as always, but I wish they would have switched it up with a rearrangement or different staging. Fire brought a ton of energy and closed off the whole set on a high note. This was BTS’s night, and this performance was definitely part of that.

2. GFriend x Seventeen
Providing the mini-musical that we never knew we wanted. These were the perfect artists to collaborate, and although Seventeen far outnumbers the girls when it comes to group members, the entire performance was smartly choreographed. The little interactions we got were tons of fun, though I think there were a few missed opportunities for big, dramatic moments when it came to the actual music. Still, fun as hell.

1. EXO
EXO have a history of giving great performances at MAMA, and their multi-song tour de force this year was well in line with that. Though it was an odd choice to kick things off with an old song in its entirety, the remix of Transformer improved the track tenfold. I’ve always found the choreography for Monster to be a little messy when performed live, but all of the interstitials and solos were spectacularly dramatic.

One thought on “2016 MAMA Awards: Ranking the Performances”