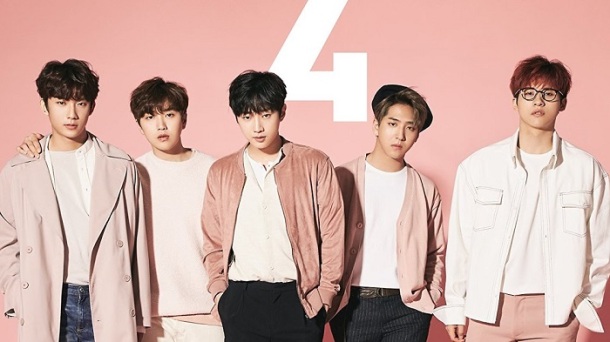 Whether it be in Korean or Japanese, B1A4 know how to deliver a pop song. The group has had a high level of control over their music for quite a number of years, with most of their material composed by either leader Jinyoung or vocalist CNU. That approach has extended to their j-pop releases as well, which gives their sound a nice consistency. Over the past few months, B1A4 have promoted a handful of singles from their new Japanese album, but the anthemic Sukidakara Shouganai (好きだからしょうがない) is the purest distillation of their charm that we’ve heard all year.

Composed and produced by Jinyoung, the song opens with a slow burn, perching an ultra-melodic verse over a gorgeous blend of building synths. The pre-chorus follows suit, gradually adding percussion as the melody gets closer and closer to exploding. And explode it does. Sukidakara Shouganai‘s chorus is one of 2017’s best treats, punching forward with a perfectly honed pop hook. The production is relatively restrained, but utilizes a series of filtered background vocals to give the chorus plenty of heft.

This provides a dynamic contrast with the second verse, which pulls things back to nearly acapella territory once more. I’m not usually a fan of this stop/start approach to arrangement, as it can rob a song of any momentum it might be building, but the trick works wonders here. The dramatic punctuation of drums helps build the tension as Shouganai revs up once more. The song’s pure pop melody doesn’t allow for much of a focus on hip-hop, but Baro’s straightforward rap verse feels well-suited to the overall vibe. In a year that’s focused heavily on trendiness, it’s exhilarating to hear something that feels like an instant classic. Our current k-pop climate could do with more of this.

3 thoughts on “Song Review: B1A4 – Sukidakara Shouganai (Because I Like You, I Can’t Help Myself)”