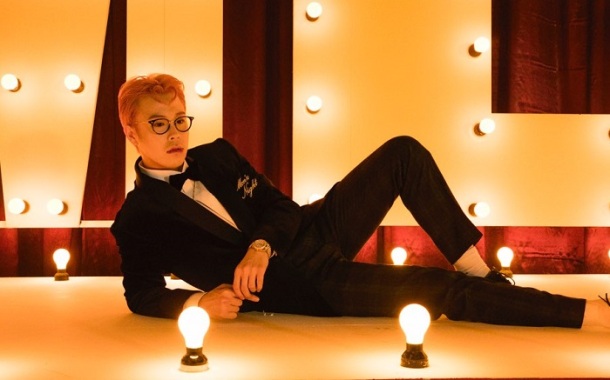 If I imagine a P.O solo track, my mind instantly leans toward something like Block B‘s Bastarz sub-unit — gruff and aggressive and very, very loud. After all, his coarse rapping style has become well known as the anchor for songs like Very Good and Nillili Mambo. But rather than go the expected route, the awkwardly titled Men’z Night chooses to focus on the more playful elements of his persona. The song is derivative in its own way, but in a fun, refreshing style that works surprisingly well.

Night‘s verses see P.O mimic Bruno Mars’ party-starting, funk-driven howl, which in itself is a mimicry of artists like James Brown and Little Richard. Still, it’s a smart way to take the strengths of his tone and diversify the genres it can play around with. The fact that the track is propelled by an 80’s-inspired, talkbox funk soul motif is a welcome, throwback approach. I imagine that much of this old-school influence came from Chancellor, who co-wrote the song and sings the chorus. He and P.O make a dynamic duo, complimenting each other with vastly different vocal techniques.

Putting such a heavy focus on retro elements threatens to turn any track into a gimmick, and Men’z Night struggles at times with this. It’s a song driven by its chorus, which coasts along a familiar disco-funk melody that feels instantly sing-along because we’ve essentially heard it before. At its core, the track is a tribute of sorts, but it’s so tightly constructed and exuberantly performed that it becomes hard to fault even its cheesiest moments. It’s nice to hear a k-pop comeback not take itself too seriously.