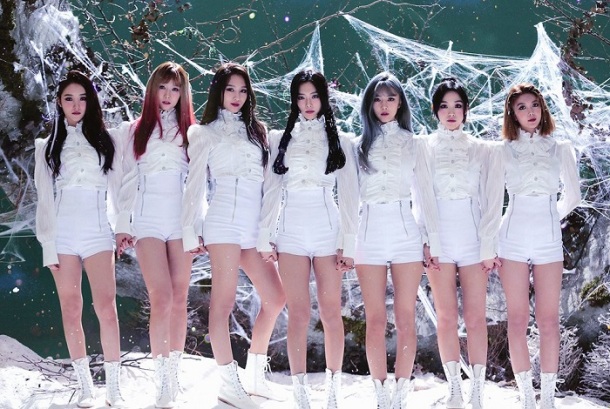 To their credit, Dreamcatcher have settled on a unique concept and stuck with it. Their hybrid of hard rock and dance pop may not be for everyone, but their commitment to the sound has resulted in a remarkably consistent discography. Stacked against their past work, new single You And I lands somewhere in the middle of the pack. What it lacks in sharp, immediate hooks it makes up for with a sense of strong dynamics and a cinematic flair.

It’s hard to consider You And I a straightforward rocker, as it spends much of its energy revving up to its guitar-fueled chorus rather than go hard the entire time. These less bombastic moments are driven by mood, from the slow-burn verses to the strings-assisted pre-chorus. As usual for Dreamcatcher, a feeling of goth darkness lingers across the entire instrumental, bolstered by symphonic touches that lend You And I a grandiose appeal. The melody could be more original (a critique I’ve often had when it comes to their singles), but the girls sell it with an impressive series of vocals. There isn’t a weak link in the bunch, and their delivery never feels forced to fit within one of k-pop’s pre-determined girl group styles.

When the guitars burst in for You And I‘s explosive chorus, the group’s charm is on full display. This extends to the song’s bridge, which builds on this power before pulling back to a dramatic lull. This sets up the final chorus brilliantly, as an electric guitar solo adds one more layer to the track’s final moments. It’s nothing that rock groups haven’t done a million times before, but in the context of mainstream k-pop it remains a thrilling sucker punch.

12 thoughts on “Song Review: Dreamcatcher – You And I”