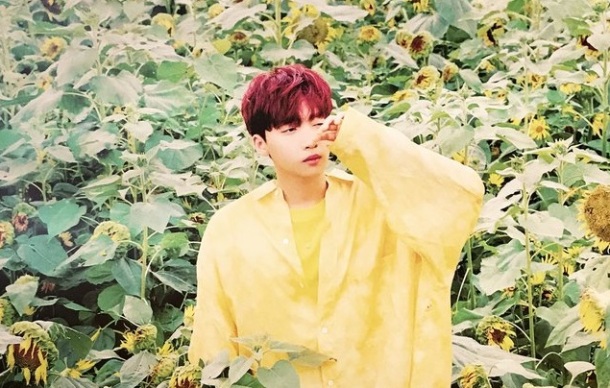 I’m usually pretty quick at picking these buried treasure songs, but some tracks just take a little longer to make themselves known. The vast bulk of Jeong Sewoon’s newest mini album is filled with the kind of mellow coffeehouse fare that makes my eyes glaze over. I feel about the same when it comes to title track When It Rains, but the song ended up getting Sewoon his first music show win, so what do I know?

Anyways, tucked toward the end of the album is the bouncy, melodically satisfying Love In Fall (온도차). The song was written by the same team that crafts ATEEZ’s music, which is the first thing that drew my attention to it. And really, it sounds just like an ATEEZ track — albeit one from the brighter, more pop-informed side of their discography. It makes a great match for Sewoon as well, drawing upon his youth for an exuberant performance that manages to make lame puns like “fall in love in fall!” sound pretty damn appealing.

Love In Fall is the kind of song that feels like one big chorus. It cycles back to its central refrain often, but even during its verses, the playful instrumental echoes the sticky hook that forms Fall’s backbone. Even better is the buoyant drop that anchors each chorus, joining forces with Sewoon’s filtered vocals to exhilarating effect. Though it follows much of today’s overused trends, there’s something about this song that feels disarmingly old-fashioned. This would’ve made a killer single — far more memorable than the predictable ballad we ended up getting.