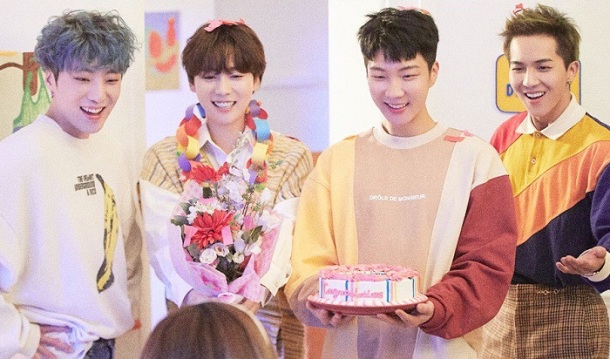 I fondly remember watching YG’s Who Is Next variety show back in 2013. At the time, I was a supporter of Team B, who would eventually go on to become iKON. But, when Winner debuted in the summer of 2014 I was completely won over. Their first album had a more subdued energy than their agency peers, but featured great songwriting and standout performances. Since then, the group has been through several iterations, more often succumbing to western trends rather than forging their own signature sound. This has made their discography pretty hit or miss – at least where I’m concerned.

Unfortunately, new pre-release track Hold (뜸) falls squarely in the miss category. But to be fair, the song’s musical DNA was never designed for me. These kind of throwaway mid-tempo hip-hop tracks have never been my thing. Too much of the song feels like an annoying gnat buzzing in your ear. It’s stuffed to the brim with incessant vocal interjections meant to sound loose and playful. But, I find the constant mugging to be more annoying than quirky.

A brief ray of hope comes courtesy of Hold’s pre-chorus, where rock vocal extraordinaire Seungyoon briefly takes the reins for a surging melody. Unfortunately, this is followed by a relatively lifeless synth drop that takes place of a chorus. It’s far more enjoyable than the track’s endless supply of trap hi-hats or plunky synth-xylophone intro, but its repetition wears thin pretty fast. Hopefully, the group will offer more engaging material when their album is released next month. This feels very much like an afterthought, especially when stacked up against classics like Empty (or even semi-classics like Really Really).