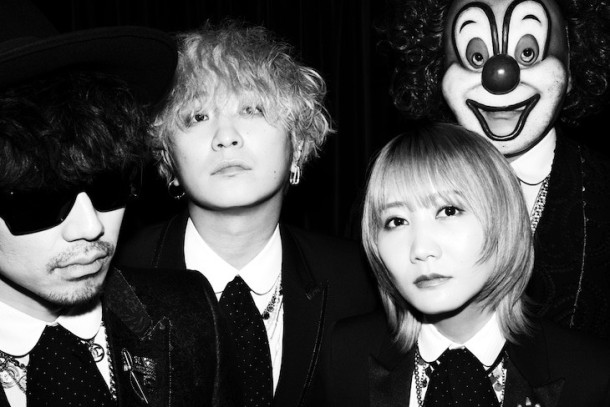 Sekai No Owari first released Umbrella back in June, but have just now unveiled the song’s music video. I’m glad they decided to give it the extra promotional push. The track really deserves it. The combination of the band’s baroque pop sound and Fukase’s emotive vocals has always lent their work a great sense of atmosphere. Umbrella expertly draws upon that, building from a whisper to explosive moments of catharsis.

Satoshi Fukase has one of those otherworldly vocal tones that’s hard to classify. On one hand, its wispiness is almost intangible, existing on another plane than most pop vocalists. Yet, it’s also surprisingly rich, especially when he strips away the vocal effects and opts for something more raw. Umbrella is an excellent showcase for his unique style, and his voice kicks off the track even before the bulk of the instrumental comes in. Footfalls of percussion drive much of the opening verse, complimented by a building strings arrangement and twinkling keys.

When Umbrella’s chorus hits, the rest of the band gains prominence. I love the change in percussion across these two segments. It gives the refrain a snowballing effect, heightening the emotional emergency as the evocative melody unfolds. We rarely return to the subdued nature of the opening verse, as Umbrella grows more grand before briefly pulling back for a minimalist repetition of its chorus. It’s a beautifully arranged song, lending prominence and drive in all the right places for maximum effect. Sekai No Owari have proven themselves to be quite diverse in sound, but I think these kind of slow-burn pop tracks are where they really thrive.