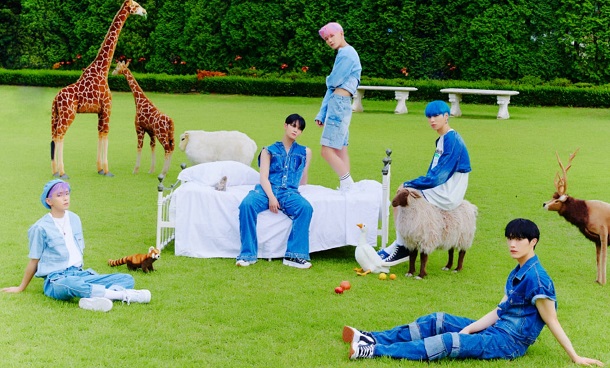 A K-pop group’s title track isn’t always the best song on their album, even if it’s the one most people will hear. Sometimes, b-sides deserve recognition too. In the singles-oriented world of K-pop, I want to spotlight some of these buried treasures and give them the props they deserve.

This week in K-pop followed 2021 trends, with the release of a few albums promoted by odd title track choices. I thought CIX’s Wave was a total bore – the kind of dance track that’s weirdly hard to dance to – but the album has at least four b-sides that would have made a stronger impression. Be Ok’s sequencing is odd, with all its uptempo tracks up front and the slower stuff in the back. But, those upbeat offerings are pretty solid, with Genie In A Bottle sticking out as an obvious highlight.

No, this isn’t a cover of Christina Aguilera’s 1999 hit (wouldn’t that be awesome?). Its influences reach even further back into pop music history, harnessing an old school groove. Where Wave churned and lumbered, Genie’s brisk rhythm brims with funk. I love its use of varied percussion and guitar. The different tones give the beat a nice sense of depth, but the production is never cluttered. Plenty of open space allows the track to breathe. And though the drums switch up here and there, the momentum remains tight and single-minded.

Genie In A Bottle’s melody mainly serves to accentuate its groove, and that’s the way it should be in a song like this. CIX tether their vocals to the rhythm, skirting through the percussion with ease. The chorus is especially potent, as their voices forge together in an airy, exciting blend. It’s a relatively simple refrain that glides with confidence. It’s simply mind-boggling that this song wasn’t chosen for promotion, depriving us of the fun choreography that would have spawned from such a dynamic sound.

11 thoughts on “Buried Treasure: CIX – Genie In A Bottle”