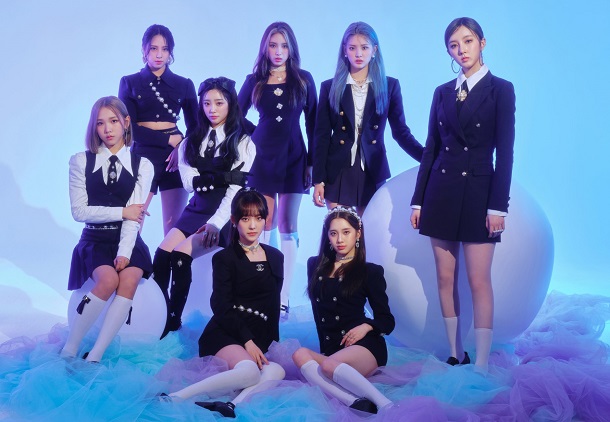 LIGHTSUM’s spring debut showed promise, but it’s hard to predict the future of a group based upon a single song. First comebacks are equally important for a rookies, and often give a clearer indication which direction their sound will take. If Vivace is any indication, LIGHTSUM are aiming for the vacancy left by IZ*ONE.

When it comes to songs of this style, my mind is currently in an uninspired place. I apologize if my critiques feel cut-and-paste from other reviews. The problem is, the songs themselves feel cut and paste. Vivace does many things well, but those individual aspects feel like scraps from already-existing material. Like the vast majority of girl group singles in 2021, Vivace stuffs every ounce of its frame with vocal exclamations, fitful percussion, and stray melodic lines. There’s no room for the track to breathe. It doesn’t pause to convey any ideas of its own. It’s just one vaguely melodic affectation after another. This style of songwriting must appeal to someone, but for me it only results in a song that fades from memory moments after hearing it.

On the plus side, Vivace brings robust synth lines into its instrumental mix. The segments that draw most heavily upon this texture are successful, and deserve a sleek melody or rap to compliment their sound. It’s strange — there’s too much going on in the track, yet at the same time not enough. The moments that hit are sharp and exciting, which makes me wish for more of them. But too often, the song careens into a dreaded sing-talk segment where the girls trade lines with great speed but little impact. And really, that phrase describes the entire song. It’s brisk and fun, but doesn’t leave any memorable aftertaste.