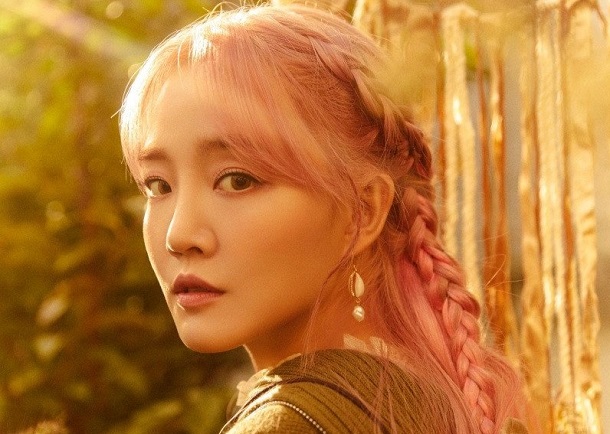 I haven’t yet listened to Younha’s new album, but the preview left me a little confused. The snippets sounded quite strong, with a rock influence well-suited to her voice. But for the title track, she’s opted for one of the only straightforward ballads. I know ballads are popular this time of year, but it seems like an overly safe choice that doesn’t quite represent the rest of the work.

However, Stardust (별의 조각) arrives with a behind-the-scenes pedigree. It’s composed by Urban Zakapa’s Kwon Sunil. I’m sure this name recognition factored into the agency’s promotional choices, and I can’t blame them from wanting to capitalize on the connection. And though Stardust is predictable, it’s also beautiful and well-executed. The structure of the melody strongly recalls Kim Jongwan’s work. I can hear more than a little of Taeyeon’s Time Lapse here. Rather than opt for a verse/chorus approach, Stardust delivers the same refrains over and over again, leaning on changes in arrangement to give each repetition a different nuance.

I like this approach, and think that it works especially well in a symphonic track like this. Stardust opens with piano and vocal before gradually building toward more robust sounds. Strings join the mix as percussion becomes more insistent. Younha’s vocal echoes the production, growing more forceful and cathartic. This gives Stardust a satisfying musical storyline. The song climbs toward an orchestral interlude, then swoops back for a brief acapella refrain before bringing the instrumental back. It’s a tried-and-true formula, but it forges a magical sound.