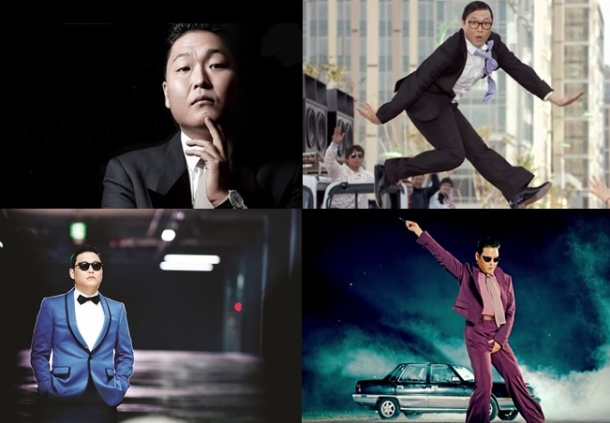 He may be the most well-known k-pop artist to those unfamiliar with the genre, but PSY is much more than Gangnam Style. It’s an iconic moment, and responsible for introducing millions to k-pop (including myself, to a certain extent), but surrounding this massive achievement is over a decade of hits, many of which pull from disparate genres for an impressive, eclectic mix. Debuting with a more underground hip-hop sound, he’s gradually moved to the big, bombastic pop we love him for now. So what’s his shining moment?

Doubling down on the slapstick gimmickry that made him an international household name, Daddy‘s unyielding dance beat ensures that the song isn’t simply a throwaway.

PSY has often flirted with rock music, and We Are The One goes all the way with a its heavy mix of guitars and use of traditional instrumentation.

Fusing disco influences to his bright pop sound, Napal Baji deftly balances the ridiculous and the ridiculously catchy for an irresistible ride.

Augmenting Gangnam Style‘s immense worldwide reach with a slinkier, subtler beat, Gentleman was initially overcome by its unreachable expectations, but has aged well.

One of PSY’s earliest, and most enduring, classics. Champion‘s bright retro beat and party atmosphere offer a hint at what was to come from him in the next decade.

Urbanite is part of PSY’s covers/remix album, and an underappreciated highlight. A cover of a track by the late Shin Hae-chul, it offers him a chance to indulge in an edgy synth/club sound, with remarkable results.

Introducing many of the festival-like, singalong aspects that would later become staples in his repertoire, Entertainer represented a shift into a fuller, more crowd-friendly sound that would further bloom on his next album.

Before there was Gangnam Style, Right Now blew his sound wide open with its propulsive parade of sledgehammer hooks. Impeccably produced, the song also represented his first material with YG Entertainment.

The song that launched k-pop into the mainstream. Love it or hate it, there’s no denying its cultural relevance or perfect blend of humor and hooks. It’s become so much bigger than a simple song, which makes it hard to have an objective opinion on it, but I still remember the thrill of watching its bizarro music video the first time.

The most fully-realized fusion of PSY’s bombastic and introspective sides. Those familiar with him solely through songs like Daddy and Gangnam Style are missing the brilliant pop songcraft on display in songs like It’s Art. The track soars with symphonic embellishment tied to a melancholic dance beat. PSY sings more than rapping here, and his vocals carry a sense of catharsis that drives the song forward with unexpected emotional heft.

13 thoughts on “The Top Ten Best Songs by PSY”