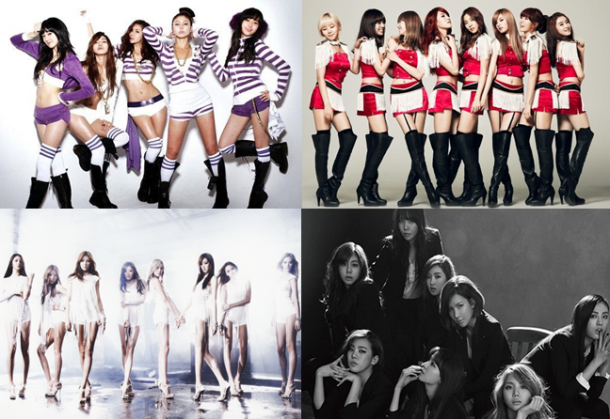 Before there was Seventeen, Pledis Entertainment was most known for rotational girl group After School. Though the girls haven’t released new material in awhile, they’re widely considered one of the most consistently top-notch girl groups in k-pop. I’d argue that, song-for-song, sub-unit Orange Caramel is even more addictive, but After School is no slouch themselves. While we wait for their long-overdue return, here are their very best title tracks.

For their third release, After School dialed down the electro mayhem of previous singles and gave us the disco-kissed throwback of Dream Girl.

After School’s last major Korean single, and a complete departure from what they’d delivered in the past. The sultry midtempo bounce of First Love added a layer of provocative restraint to their discography.

The girls’ biggest hit, Because Of You deftly combines elements of ballad, hip hop and dance into an iconic example of the 2009 k-pop sound.

Heaven’s disco strings and rhythm guitar perfectly compliment the song’s syncopated melody. It may not be the flashiest entry in their catalog, but its subtle charms have real lasting power.

Flashback’s heavy electronic beat and multi-pronged chorus represented a newly streamlined, club-ready side to the group, strutting them into a new era.

Taking Heaven’s syncopated sound even further, Shh stands as the girls’ strongest original Japanese release. Its bubbling synth beat brings an icy cool that feels as inviting as it does mysterious.

The moment when After School proved that they could tackle a completely new sound and concept, and one of their most enduring tracks. Bang’s percussive, marching band beat results in the punchiest single they’ve ever released.

Far and away, the group’s crowning achievement. More than that, Shampoo is one of the all-time greats when it comes to girl group k-pop. Its lush, shimmering beat is instantly recognizable, underlining a gorgeous, wistful hook that perfectly showcases just what After School are capable of. There’s no doubt about it: Shampoo is their masterpiece.

8 thoughts on “The Top Ten Best Songs by AFTER SCHOOL”