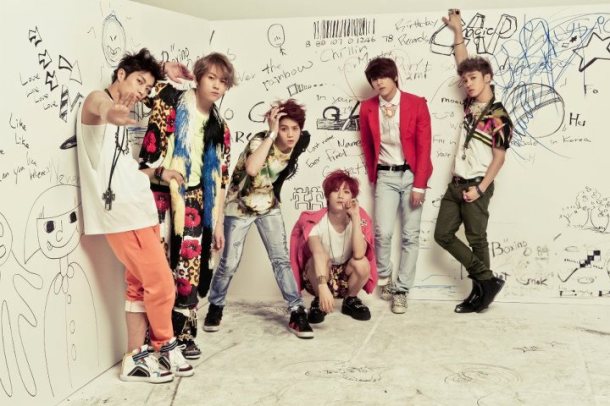 With over 2,300 songs on my iPhone’s “K-Pop Singles” playlist, I thought it would be fun to add a bit of unpredictability to my song review posts. So as a result, we have the “Random Shuffle Review” feature.

The second and third generation groups were my introduction to K-pop, and it’s hard not to compare the current crop of idols to them. Before there was Highlight, there was Beast. And they were damn good. 2011’s Fiction was their biggest and most enduring hit, but Beautiful Night (아름다운 밤이야) feels like the track designed for global domination.

In 2012, K-pop was knee-deep in an (awesome) electro pop trend, resulting in a year full of bombastic dancefloor anthems. Beautiful Night fit right in with its peers, standing as one of Beast’s most uptempo offerings. Its verses are a bit more autotuned than I’d like, but the vocals are not the focus here. The song is all about energy, and it blasts forward with an unending supply of it. Its chorus is a perfectly realized piece of modern songcraft, alternatively soaring and swaggering as hooks build upon hooks. This arrangement takes advantage of the members’ different performance styles, harnessing their unique tones to create the kind of sonic diversity that makes this more than just another club track. In between, we’ve got a surprisingly melodic bridge and some solid rap work from Junhyung. Beast would soon turn their attention to darker material, but Beautiful Night proves that they could also start one hell of a party.