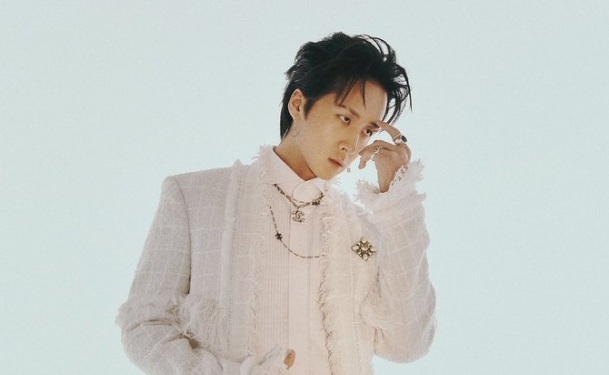 Ravi’s Tuxedo is a frustrating song. It has a ridiculous amount of potential, and in many ways feels like the strongest solo work that he has released yet. But, the entire track is undone by its constant use of unnecessary vocal effects.

Full disclosure here: I’ve never been a huge fan of Ravi’s rap style. It just comes across as too blustering for me, to the point where it can almost mirror self-parody. So when it comes to his solo work, I go in expecting not to enjoy it much. However, Tuxedo’s opening blast of soulful vocals instantly caught my attention. I love mixed-gender backing vocals (women in men’s songs and vice versa), and this tone instantly brought me back to 80’s-era funk. The instrumental follows suit, grooving along a bass-filled beat with just enough retro synth to make it spark. In a post-trap/EDM world, this arrangement feels completely refreshing and necessary.

The same can be said about Tuxedo’s breezy melody, which coasts on good vibes without ever over-exerting itself. There’s an organic feel to the delivery, perched mid-way between hip-hop and traditional pop/r&b singing. It would have worked perfectly fine if performed in Ravi’s natural voice. Unfortunately, Tuxedo succumbs to one of the most particularly annoying trends of the moment — slurred, ugly autotune. This isn’t the robotic processing that ruled the industry back in 2009. This is used much more liberally, painting the same unpleasant texture over the entire track. It flattens the dynamics and smothers the enjoyable instrumental underneath. It’s a shame. Tuxedo could have been excellent. All it took was one unfortunate choice to drop it down to “just okay.”