Now that I’ve looked at the year’s best singles, it’s time to spotlight the standout albums of 2019’s first six months. It’s been a relatively solid year for albums so far, though not as strong as 2018 at this same point. As usual, minis have been more plentiful than full albums — especially when it comes to idol acts.

Make sure to leave your own picks in the comments!

A group’s first full album is always an exciting prospect, and All Light did a great job balancing Astro’s bubblegum pop sound with more mature styles. For me, it’s the most consistently strong full album 2019 has given us so far.

Oh My Girl – The Fifth Season

Full albums from girl groups are frustratingly elusive, but Oh My Girl finally got a chance to show what they could do over the course of nine solid tracks. Lacking huge peaks, this is an album best taken as an enchanting whole.

ATEEZ – Treasure: One To All

January’s Zero To One is equally strong in its own right, but I give a slight edge to One To All simply because it leans more heavily toward pop sounds. It’s an all-killer, no-filler affair, bringing elements of rock and hard-hitting dance pop into ATEEZ’s boisterous sound.

BTS – Map Of The Soul: Persona 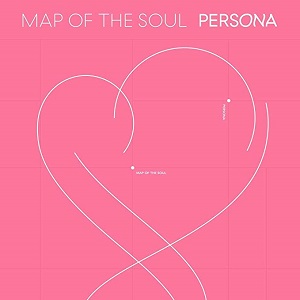 BTS go full-on mainstream pop here, with a stronger melodic focus than ever before. This results in a glossy, expansive album that sees them trying on new styles (Mikrokosmos) while also hearkening back to the energy that made them great in the first place (Dionysus).

Cosmic Girls (WJSN) – For The Summer

I LOVE summer-themed albums, and we haven’t gotten many so far this season. With For The Summer, Cosmic Girls stand to have 2019’s definitive collection of summer tracks. It’s one breathless uptempo hit after another.

Anchored by the knockout, one-two punch that opens the album, We Are Superhuman‘s b-sides can’t quite match up. But, they’re no slouch, either, offering big-budget pop music like only SM Entertainment can.

I could have easily included ONEUS’ follow-up album as well, but Light Us is slightly more memorable, delivering a sample platter of the various K-pop sounds that the group is capable of. It’s an assured, addictive debut.

A pitch-perfect debut album, full of diverse pop styles held together by the same bubbly energy. All of these five songs have been spotlighted in some way (music videos, performances, etc) and that’s a testament to their strength. Each could have functioned as a convincing title track.

As expected from SM royalty, TVXQ’s Yunho delivered the most classic K-pop-sounding album of these first three months. A jack-of-all-trades when it comes to performance, he effortlessly skirts between genres, bringing a funky charisma to each track.