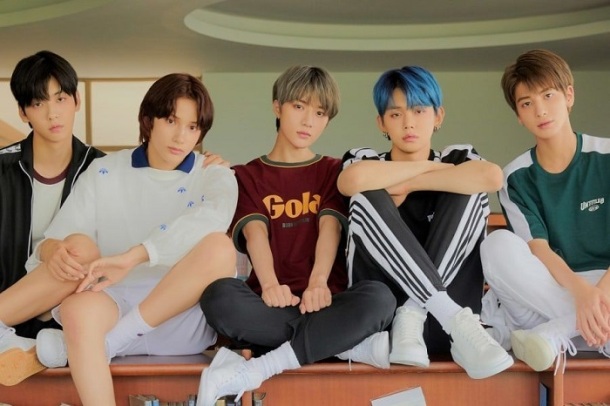 I consider TXT’s debut mini album to be pretty close to perfect, especially given what it sets out to accomplish musically. This has made it a very difficult act to follow, so even though new album The Dream Chapter: Magic is strong in its own way, I can’t help but miss the upbeat, youthful energy of its predecessor. Magic is surprisingly mid-tempo throughout, with many songs verging on generic boy group fare. Big Hit seems to want to steer TXT in a more r&b direction, which just doesn’t feel like the right match for their voices.

This new aural palette makes Magic’s standouts stand out even more. Title track Run Away is by far the album’s most memorable moment, but opener New Rules also recaptures some of the exuberance of the group’s debut.

The song is a hodgepodge of many elements, but its general vibe reminds me a lot of SHINee. I’ve always through that TXT would be better off following SHINee’s footsteps than BTS’s, and New Rules proves my point. Its opening verse is a funky, disco-infused spoken word highlight, casting the guys in an edgier light than we’re used to. The energy dips a bit for Rules’ melodic pre-chorus, but the exciting vocal performance keeps the momentum going. From here, the track bursts into its punky, chanted hook. The texture here is one of the album’s best surprises. Like Run Away, Rules collapses into half-time for its second verse. It’s not an ideal arrangement, but the distorted guitar and vocal chants ensure that this segment never loses interest.

As Magic’s shortest track, New Rules could stand to be at least one chorus longer. But if TXT must take their sound in a more “mature” direction, this is the way to do it.