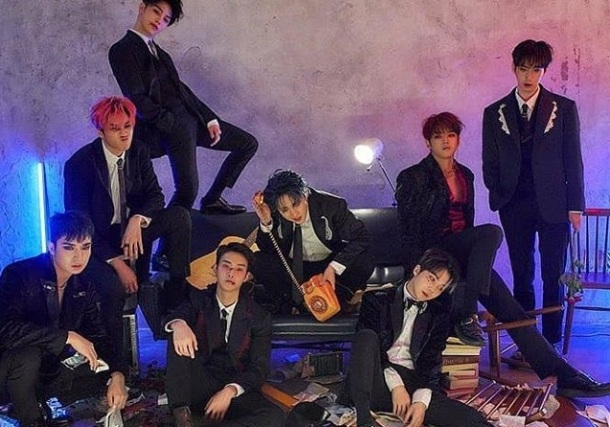 Friends, we have entered a parallel universe where every K-pop boy group just releases the same song over and over. After a 2019 that saw some brighter fare make inroads to this internationally-focused industry, the first few weeks of 2020 have reveled in the dark and angsty. Despite my continuous complaining about this style, I don’t actually hate “dark” tracks as a rule. The problem is, this era’s “dark” seems to have no place for melody or momentum.

Pentagon’s Dr. BeBe (Dr. 베베) is yet another plodding exercise in style over songwriting substance. It announces itself with an exciting intro, but quickly grows more generic from there. For a brief moment, it feels as if we’re in for a “We Will Rock You” style anthem, but the stomping percussion quickly makes way for the same trap/EDM death knell that groups have been peddling for years. Honestly, I can’t remember a time when a musical trend this joyless has stuck around for so long. It feels like we’ll never be free of its influence, and that’s incredibly depressing.

Like so many tracks of this style, Dr. BeBe doesn’t have much in the way of melody to fall back on. The song consists of shouting and blustering, fused to either a rap or vocal performance depending on the moment. Unlike past title tracks composed by leader Hui, Dr. BeBe is largely hookless. Its verses squander the potential spawned by their slick bassline, failing to form any memorable structure. Similar to The Boyz’ recent comeback, they’re more about posturing and performance than actual songcraft.

Dr. BeBe’s moody pre-chorus could have been lifted directly from dozens of songs released the past few months. The chorus is equally faceless, taking a tired melody and trying to give it a towering, EXO-like arrangement. But all the production magic in the world can’t compensate for a lifeless, chantlike refrain. Symphonic elements swell in the background of the song’s climax, thrown in for texture but drowned out by the oh-so-serious emoting over the top. There’s nothing here that I can’t get from literally any other boy group. At what point do K-pop fans get tired of hearing the same aural hissy fit over and over again? I’m ready to flip a damn table!