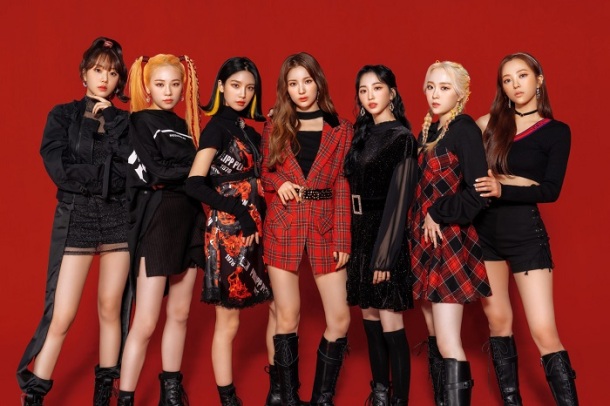 It’s been a staggering twenty months since Elris’s last promoted comeback. That kind of lengthy hiatus is often a death knell for idol groups. At the very least, it necessitates an impactful return. A certain percentage of Elris’s fan base will hopefully remain loyal, but for many casual fans, this kind of long-awaited comeback might as well be a second debut. With this in mind, nothing about Jackpot gives the girls a purpose or definable place in the flooded K-pop industry.

In addition to adding two new members, Elris have shifted their sound to better align with current trends. Unsurprisingly, this results in an identity crisis. I’m well aware that a number of Bias List readers are (rightfully) sick of hearing me complain about the same things in so many recent reviews. Trust me, I’m even more sick of complaining! But unfortunately, a song like Jackpot calls for a cut-and-paste critique. Its frenetic sound succumbs to many of the same pitfalls that have plagued the majority of girl group releases this year.

First, we have the cadence in which the song is performed. There used to be a time when the K-pop landscape was filled with all kinds of tones and styles. Compare Sistar to AOA, or 2NE1 to Girls’ Generation. These groups had their own character, which included an idiosyncratic vocal approach. Jackpot, on the other hand, hinges on the same quirky/cute/bratty/cheerleader affectations that characterized recent tracks from Weki Meki, Rocket Punch, Cignature and IZ*ONE, to name a few. These performances are quickly becoming interchangeable, which robs a group like Elris of their individuality. There are songs on their new mini album that have a more developed, less stereotypical personality, proving that Jackpot’s chirps and taunts are indeed an affectation.

Then, there’s the song itself. Jackpot tries to be everything at once, throwing musical shrapnel at the listener without a clear aim or purpose. Its verses are just a hodgepodge of chants and sing-song fragments of melody. It’s not really rap, but it’s not a proper pop song either. Things briefly become coherent during the first part of the chorus, but this structure soon devolves into a mess of boom booms and la las and ding dings. This grating post-chorus has all the refinement of a toddler, and Elris deserve better. Coming after the shimmering, well-performed pop of 2018’s Summer Dream, I’m honestly embarrassed for these poor girls. Jackpot transforms them into the aural version of a Bratz Doll. K-pop can be so much more than this.