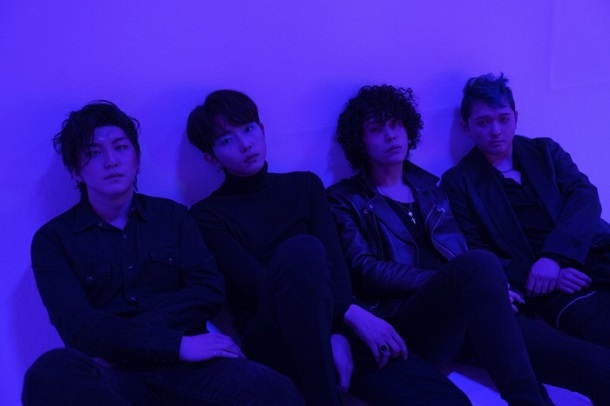 As someone who writes about K-pop every single day, there are few groups I’m not at least casually aware of. But beyond the idol world, Korea is bursting with all sorts of indie acts that don’t often enjoy the same promotion. That’s where youtube teasers come in, and every once and awhile one will catch my attention. This was the case with The Midnight Romance, a four-piece band fronted by a performer who may be familiar to longtime K-pop fans.

The Midnight Romance is led by No Minue, who started his career as part of rock band TRAX with SM Entertainment. Since then, he’s released a variety of music. But, Midnight Romance feels like a real reinvention. The band has hitched themselves to 80’s nostalgia in the best way, even editing their debut music video to look as if it had been recorded on an old warped VHS tape. This is all catnip to a fan like me, and as soon as I heard the song’s brief teaser I was already sold.

Midnight Romance is a hazy synth pop/rock track, heralded by a cascade of sparkling synths and electric guitar. It’s like a brilliant fever dream, lovingly produced to evoke so many musical memories from decades ago. Minue brings down the intensity in his vocals for an airy, textured performance that blends perfectly with the ethereal instrumental. The melody is simple but effective, hinging on a brief hook, repeated often. I don’t know how this will appeal to those who don’t have a built-in love for the era Midnight Romance draws from, but I’m absolutely loving the group’s commitment.