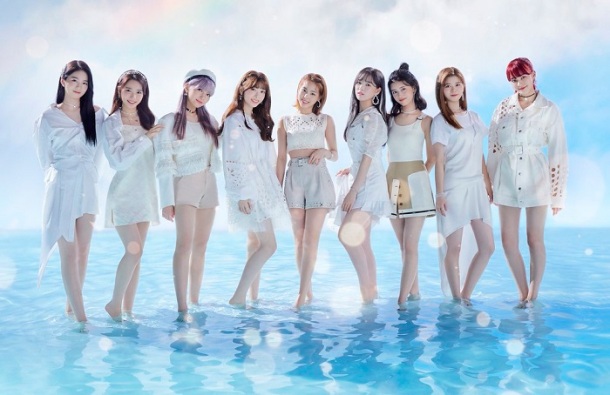 Shortly after their formative survival series concluded, JYP’s NiziU soared to the top of Japanese charts. They’ve been a fixture there for months, which only goes to show how powerful certain agencies are. I mean, the girls hadn’t even made their official debut until now! As with most survival series-spawned groups, it didn’t matter if NiziU’s music was any good. If pre-debut Make You Happy had been performed by an act from a lesser agency, I doubt whether it would have had much commercial appeal at all.

Now the girls have delivered their first official release with Step and a Step. This title alone makes me giggle. It’s such odd phrasing! And true to form, the track capitalizes of NiziU’s cuter side. It’s a song well-suited to the Japanese market, though the execution leaves something to be desired.

Having watched each episode of the Nizi Project, I’m aware that there are a handful of great vocalists within this group. However, there are moments during this performance that border on unlistenable. Plenty of Japanese idol music utilizes hyper-affected vocal delivery, but robust instrumentals and arrangements usually compensate. With Step and a Step, the girls’ voices are front and center, meaning we have no trouble hearing the good… and the bad. The song’s chorus and post-chorus have a nice drive to them, and a bit of layering is certainly welcome. However, the pre-chorus is almost unbearably discordant. If the producers are intent on this style of singing, they definitely need to mix it better. Meanwhile, the verses are sprightly and fun, and a great rap bridge reveals sass and personality that should have been used more frequently throughout.