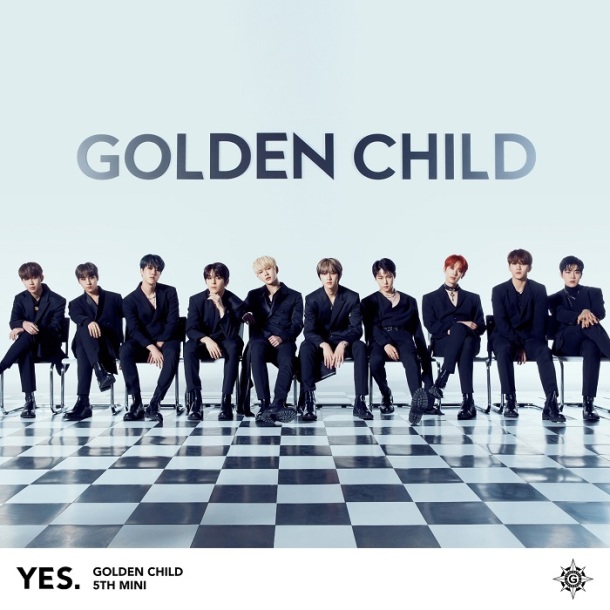 As usual, Golden Child gets the “bias group advantage” on this site. This means not only their title track and a buried treasure will be reviewed, but I’ll be taking a look at the entire new mini album YES.

1Take & TAK have produced some of my absolute favorite Golden Child songs (Lately, No Matter What, What Happened?), so I was looking forward to Round N Round (기다리고 있어). And though it wasn’t an immediate standout upon first listen, the track has gone on to become one of YES’s highlights.

Round N Round is all about groove, and the percussion here is complex and polished. 1Take & TAK’s songs often feature intricate, fitful arrangements. Some may find the production overstuffed, and in the wrong hands it would be. But, Round N Round manages to be both fussy and laid-back at the same time. Its percolating instrumental pulses with jazzy undertones – especially during a climactic breakdown that injects a gorgeous descending scale delivered by clear-as-a-bell keys. The rest of the production has a gurgling rhythm, unyielding but never forceful.

What makes this work so well is Golden Child’s performance. Their vocals are incredibly rhythmic as well, pushing and pulling against the beat. This is particularly effective during the pre-chorus, which kicks off with a breathy note before tracing the groove to perfection, including an artfully-placed pause and grunted ad-lib. The melody in the chorus is more robust, and its circular construction emphasizes the lyrics. Donghyun’s opening line is quite memorable. He’s always been an under-appreciated vocalist in the group, but has a unique tone that’s rich with character. I found him particularly strong on last year’s Take A Leap album, and he’s a real standout here as well.

Round N Round is also a great spotlight for the group’s rappers. Jangjun and Tag each get plenty of time to shine on the track, and their verses echo the fast-paced arrangement while bringing a jolt of personality and versatile phrasing to the already-potent production.