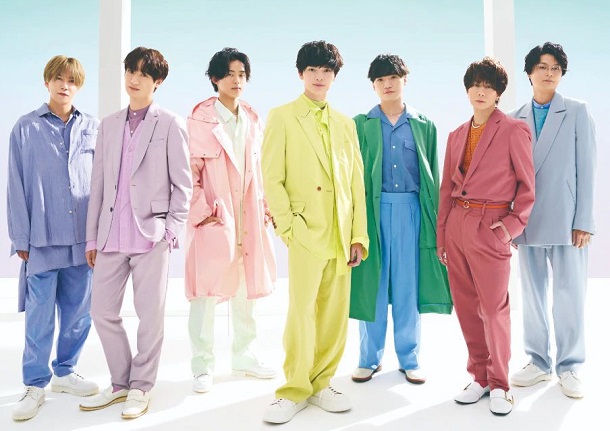 Compared to earlier eras, it’s been a dry few years for new music from Kis-My-Ft2. Their latest singles have trended toward balladry – often themes to romance-focused dramas. That’s all well and good (frankly, I’ll take whatever they want to give us), but I’ve been hoping for more upbeat material. After all, age and experience doesn’t automatically mean your music has to become slow and serious. Johnny’s & Associates knows this better than anyone, and Kisumai deserve some great dance tracks in the 2020’s.

Smokin’ Hot is much more dance-friendly than its accompanying a-side: the sentimental (but very good) Two As One. It’s a song in three main parts, with upbeat sing-talk verses leading into a big pop chorus followed by a sparse electronic drop. Not all of these elements works well on their own, but taken together they form a fun summer track that overcomes some of its more polarizing choices.

Let’s start with the most polarizing choice. That skeletal electro drop that opens the track and repeats several times throughout reminds me of the first time I heard Bigbang’s Bang Bang Bang. Initially, it made me wince. It’s just not a particularly pleasant sound, and brings all momentum to a halt. But like Bang Bang Bang, subsequent listens won me over in a weird way. Maybe it’s that cool guitar distortion underneath the clanging beat. Or, maybe it’s just my general bias toward Kisumai! It helps that Smokin’ Hot is anchored by a mammoth chorus. I love the melody here. It’s fun and a bit silly and totally designed to sing at the top of your lungs. Like many great Kisumai party tracks, nothing about Smokin’ Hot takes itself too seriously. From performance to production to smartly-placed sound effects, it’s just a good time.