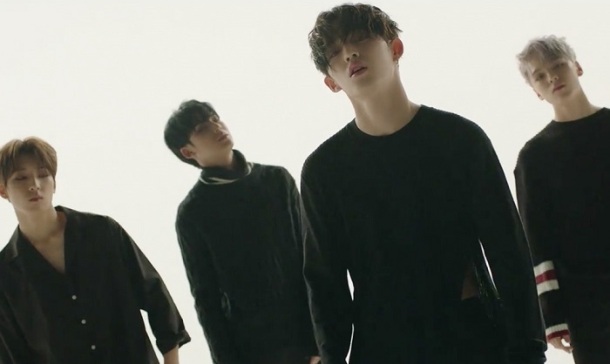 One of Seventeen‘s greatest assets is their versatility as a group. So many acts stuff their roster full with personalities meant to appeal to a diverse set of fans, but few can easily break into self-driven units and create music that successfully stands apart from their parent group. To be clear, Seventeen is at their best when they’re thirteen strong, crafting the kind of dizzying, big-budget pop that has become synonymous with their name. But any successful discography is about texture and diversity. And with that in mind, Seventeen’s hip hop unit is a vital part of their appeal.

As its title suggests, Trauma is not a song meant to raise spirits and get the party started. It’s a darker sound for the group, sparely produced and much more atmospheric than we’re used to from this unit. The instrumental takes a warped approach, highlighted by what sounds like the pluck of some otherworldly, synthesized harp. It’s a track in constant tension, never able to fully right itself and provide the kind of release that most pop music strives for.

Fortunately, this intentionally minimalist approach allows Trauma to be driven by the group’s vocals, and each member is fully capable of captivating on his own. All four attack their segment with a different style, from Vernon’s agitated autotune to S.Coups’ surprisingly hushed tone. But the star of the show is Mingyu, who flips expectation by delivering the melodic hook with a gravelly, arresting performance. I had no idea that he had this in him, and Seventeen would be wise to utilize these vocals more often in the future.