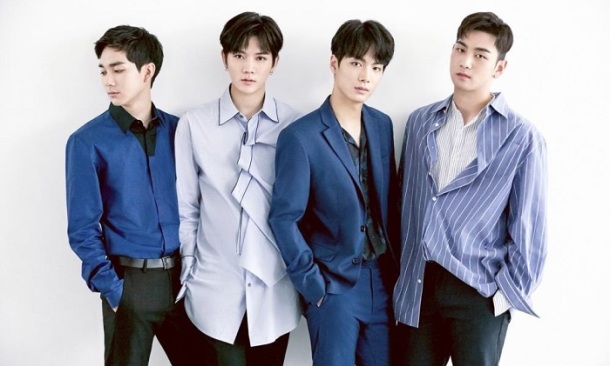 The story of Nu’est is unique within the world of k-pop: a once buzzed-about group hanging on by a thread, revived not by the hype of a viral moment or the strength of a hit single, but through a music survival series designed primarily for trainees. That series was, of course, the mega-hit Produce 101, and by becoming major protagonists throughout its run, Nu’est have catapulted from “barely there” to number one on the charts. This is without their lead vocal Minhyun, who is currently promoting with Wanna One. Of course, given the nature of their resurgence, the four-member Nu’est W have a lot to live up to. They’ve secured the spotlight, but do they have the right song to take advantage of it?

Unfortunately, I don’t think so. Where You At will be a hit regardless, but as an actual piece of music it leaves something to be desired. And that something — like too many songs this year — is a chorus. It’s getting exhausting to write essentially the same review over and over, but it’s difficult not to be frustrated with 2017 k-pop’s unflagging adherence to this EDM structure that substitutes a lazy instrumental drop for actual melody. Where You At‘s verses show incredible promise, surging with dramatic vocals and interesting tonal shifts. The second verse is particularly impressive, tossing so many instrumental elements into the blender at once that it becomes disorienting in the best way. The central, moody piano riff is also a winner, but none of this can quite overcome the empty space at the song’s core.

Where You At was co-composed and arranged by Bumzu, who has worked with fellow Pledis Entertainment artists Seventeen for most of their material. The comparisons are immediately evident, from the way Nu’est’s vocals are layered to the atmospheric heft of the track itself. Seventeen have also utilized this EDM structure several times, but their instrumental drops are generally more fleshed out and emotional. The squeaky synth riff that acts as Where You At‘s hook feels weak in comparison. The rest of the track calls for something grandiose and affecting, not the grating cut and paste job that we end up getting.