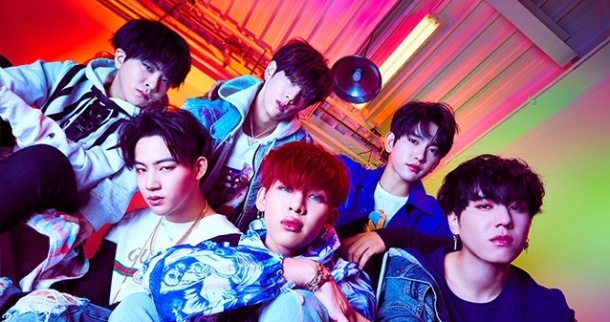 As GOT7’s Korean output has continued to evolve, their Japanese releases have tended to stick to a similar pattern. For better or worse, they’ve developed a swag-driven j-pop persona that favors attitude and bluster over melody. This has resulted in a guilty pleasure or two, but never a song that can rival their best work. Turn Up continues the trend. It’s fun in places, but ultimately too limiting.

Prior to its release, Turn Up was most notable for being the first GOT7 single released and promoted without full group participation. The guys are down member Jackson, which is a shame since this is the kind of hip-hop track that plays to his strengths as a performer. The song opens with a skittering trap beat reminiscent of the first moments of Korean single Hard Carry. What follows is a veritable cut and paste of that song’s structure, though less hard-hitting and more vocal driven. Still, no one would describe Turn Up as particularly melodic. Beyond the falsetto-led chorus, the rest of the track is stuck in a sing-song style.

I think that’s the problem I have with most of GOT7’s j-pop material. It never amounts to anything more than a catchy playground rhyme disguised as a pop song. I haven’t been sold on every single they’ve released over the past two years in Korea, but at least it feels like they’re pushing themselves in new directions. Turn Up, on the other hand, continues to trap them within a perceived “cool” style, which is becoming more and more tiresome each time. There’s just not enough substance to back up the bravado.