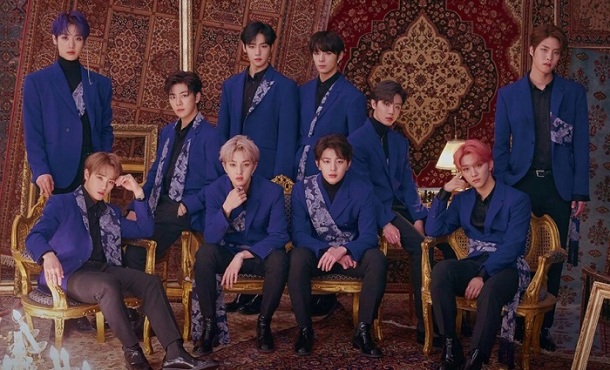 Though blockbuster sales and world domination remained elusive, Golden Child’s Wannabe expanded the group’s international appeal and earned them their first music show win. For repackaged single Without You, they’ve once again paired with composer BLSSD — one half of Woollim Entertainment in-house production team Rphabet. In a bid to court fans of moody, BTS-style concepts, the song is the second part of a planned trilogy. And in that sense, Without You achieves its goals. It’s a natural progression from its direct predecessor. Whether that’s what I want from Golden Child is another question entirely.

I can’t fault BLSSD’s production skills. He’s able to take overused K-pop trends and arrange them in new and creative ways. While most of Without You’s languid instrumental would usually send me running for the hills, its creative structure proves engaging. It certainly helps that Golden Child’s diverse set of vocal tones keeps things constantly in motion. Like Wannabe, Without You is a great showcase for the members’ individual talents – an aspect that can often be lost when it comes to brighter, more uptempo fare.

But, here’s the thing. When I hopped aboard the Golden Child bandwagon in 2017, this kind of song wasn’t what I signed up for at all. I’m in too deep now, and pretty much guaranteed to enjoy anything the group releases. But like Infinite before them, Woollim is taking Golden Child down a darker, angstier route with BLSSD as the conduit. This doesn’t have to be a bad thing. After all, “dark” Infinite gave us classics like Back and Bad. The optimist in me thought Without You might mirror those same sounds. The slow-build, plucked music box verse, the intensifying energy and the dramatic vocals all seemed to promise a massive drop and continual build – not unlike the mighty Back.

But, the track never blossoms into much. What we get is perfectly enjoyable, but not as dynamic as Wannabe. It spends so much of its time sputtering around its moody sentiment, rather than focusing on sharp hooks and momentum. Within this downcast aesthetic, the percolating chorus is the obvious standout. It takes its cues from the popular deep house trend, but gives the style a more evocative makeover. This, paired with the ethereal vocals and catchy hook, makes a fine centerpiece to a song that desperately needs one.

For me, it’s more a matter of tone. If recorded by any other group, Without You is just not the kind of song I gravitate towards. It’s too muted, too melancholic. I get that that’s the point, especially as the middle chapter in a three-part series. And now that we’ve made our way through the murk, the stage should be set for something more optimistic next time around.

11 thoughts on “Song Review: Golden Child – Without You”