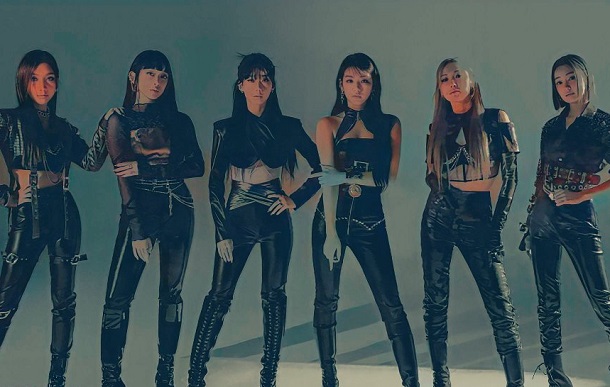 The odds are stacked against Secret Number’s Doomchita (둠치타) based on its title alone. Tracks with these weird onomatopoeia names tend to be as irritating as their sound effect suggests. Flash back to 2020 and this group had my attention with the effusive Got That Boom. Even earlier than that, their debut suggested a vocal-heavy sound that stood apart from their peers. With Doomchita, they’ve become unrecognizable from the K-pop pack.

At the moment, the industry is severely lacking in musical diversity and new ideas. Heck, the industry is severely lacking in actual songs. Idols don’t often sing anymore. They don’t rap either. They pose and chant to pre-programmed beat drops that all sound the same. I’m not sure what it’s going to take to break this cycle but a song like Doomchita does nothing to distinguish itself. K-pop has always traded in idol worship, so you would think a comeback would be designed to showcase an idol’s personality (ie: the factor that often transforms listeners into fans). After Doomchita has finished playing, I have no idea who Secret Number are. This could have been performed by anyone.

As usual, nothing about this song is objectively awful. From a production and performance perspective, it’s all fine. Things unfold exactly as you’d expect, from the trumpeting hook to the fiery verses to the irritating instrumental loop that opens the track. But, there’s no real joy or excitement to be found here. It’s not something I would ever choose to listen to, especially with a million other singles beholden to the same sound.