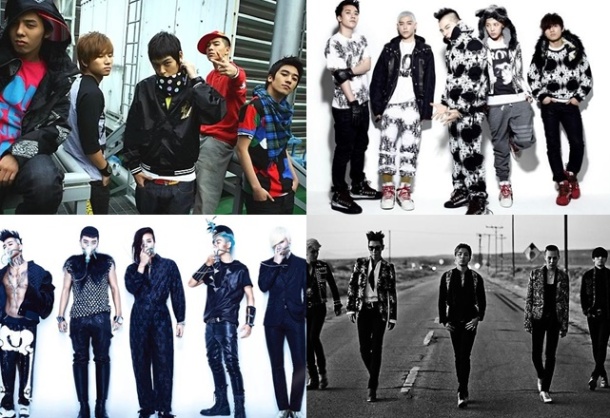 I’ve been purposefully holding off on creating a Bigbang list because it’s so freaking hard to do. Not only are they the biggest group in kpop, but they’ve been around for a decade and have over thirty singles to choose from. Oddly, I find that most of my favorite singles are those recorded by the group’s individual members or sub-units, but we’ll save those for another time. Looking at my list, I think you’ll notice that there’s a certain era that’s heavily represented. For me, the band peaked during this particular year, though they continue (and will continue) to make excellent music.

The first indication that the group was something more than a typical r&b/hip-hop trend-follower. The melodic, propulsive chorus became an early template for what would come next.

A personal favorite, and definitely an underrated gem in their discography. Bigbang tackling rock music is always a treat, and the pairing with heavy rockers No Brain was a match made in heaven.

A hazy, end-of-summer highlight to their prolific Made series. It may not hit you over the head as strongly as many of their more upbeat singles, but the gorgeous melody has serious staying power.

A mature, melodic piece of pop music. The chugging beat underscores one of the group’s most anthemic, cathartic choruses with a welcome dose of sophistication.

Talk about a grower. I hated it when I first heard it, and still have some misgivings about that momentum-killing hook, but everything else is so ridiculously flawless that it’s hard not to get swept up in the track’s party vibe.

With its seesaw synth and touches of acoustic guitar, Blue built on the mellow restraint of some of their best work, tethering it to a melody so limber and deceptively simple that it tends to sneak up on you.

For many, this is the answer to the question: “what is kpop?” Beyond that, this iconic dance track invented so many of the tricks that have been a staple of Korean pop music for the past four years. Its a colossal moment for the band, and still the very best display of their more raucous side.

The group’s first classic, and a highlight of modern kpop’s early years. It represents my favorite sides of the group: hip-hop but not with a clichéd, “street” affectation — emotional, but drenching those tears over an dynamic dance beat — and melodic, with an ear for momentum and a satisfying climax.

Easily the group’s most underrated single, and that’s due, in part, to the relative lack of promotion it received upon release. Still, it feels like the bookend to Haru Haru, fully realized and boasting the most gorgeously sorrowful melody of their career. It’s a song firing on all cylinders, laser-focused to the point where every element works cohesively to support its central concept. It’s the song that cemented my love for the group, and may well go down as their overlooked masterpiece.

35 thoughts on “The Top Ten Best Songs by BIGBANG”