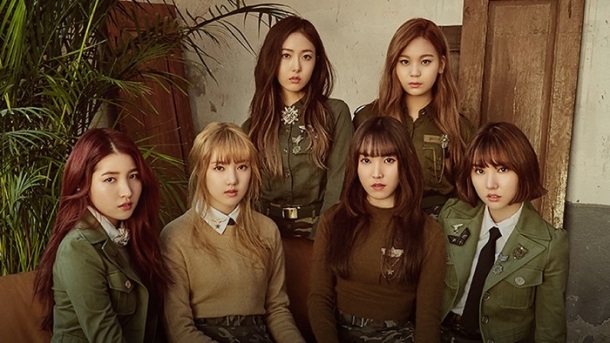 In my eyes, GFriend are at the very top of the current girl group pack. They had two songs in my top five of 2016, and have built a strong, easily identifiable sound for themselves that feels more robust and powerful than many of their peers. Learning that new single Fingertip was composed by the Youngbae/Iggy duo (who have steered their career from debut) reassured me that we were in safe hands once again. And although Fingertip adds new elements to the girls’ oeuvre, its core sound is still GFriend, through and through.

Right from the start, Fingertip establishes its unique transformation with the instrumental’s wah wah guitar riff. It’s the opening salvo that ushers in the group’s most high energy synth riff yet, expertly blending 70’s funk, 80’s synth pop and 90’s techno anime bombast. GFriend’s productions have always been impeccable, but Fingertip‘s really steals the show. It’s a dense whirlwind of sound, hitting the listener with hook after hook without stopping for a moment to breathe. By the time the wailing electric guitar enters the fray, the song has been whipped into full-on disco frenzy, absolutely exploding during the climactic dance break.

Melodically, Fingertip feels like GFriend’s most instant release to date. The chorus isn’t quite as interesting as Navillera‘s, but follows-up on that song’s insistent build of energy. This is particularly apparent during the verses, which surge forward with a propulsive drive that brilliantly sets up the central hook. The girls sound less sugary sweet than before, opting for a harder-edged delivery that spotlights their powerful vocals. It’s hard to say whether Fingertip will maintain the same level of staying power as Rough or Navillera, but in the moment it’s an incredible blast of pitch-perfect pop music. GFriend has done it again.