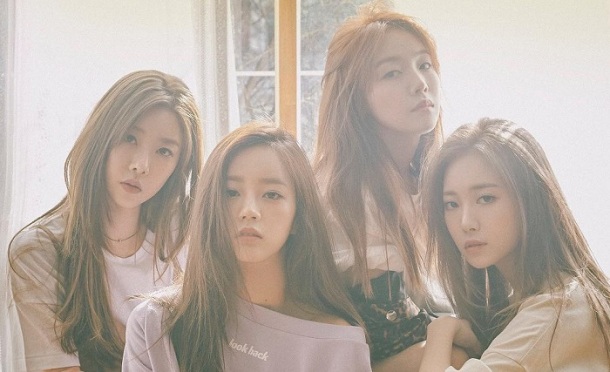 After being hinted at for years, Girl’s Day‘s highly anticipated comeback feels almost like a k-pop urban legend. It’s unusual for acts to take such a long break between albums, especially considering that the girls’ last track (2015’s Ring My Bell) didn’t quite reach the commercial heights of their biggest material. With all this pent-up hunger for new material, I’ll Be Yours arrives with a lot to prove. That’s the biggest problem with long hiatuses. Very few songs are strong enough to satisfy the sky-high expectations they create.

And while I’ll Be Yours is solid, it’s not the second coming of blockbuster Girl’s Day fare like Something or Expectation. Instead, the song rehashes tropes of k-pop’s recent past, almost as if it had been designed for a 2015 release. The song kicks off with a brassy stomp — a sound that was all the rage a year or so ago, but has since given way to new trends. The verses are largely disposable, allowing the girls to vamp it up at the expense of a smoothly connected melody. They’re too fitful and frantic to leave much of a lasting mark.

The track’s strongest moment is its chorus, when a burst of rock guitar joins the fray for an interesting mash-up of genres. It lends the hook a propulsive power that’s missing from the verses, and is the only time the song feels like the world-conquering comeback the girls deserve. Minah’s mile-a-minute post-chorus breakdown gives I’ll Be Yours a unique centerpiece, though it almost feels like part of a different song entirely. It’s clear that the girls wanted to attempt a reinvention of sorts with this track, and the blend of genre influences is admirable. But somehow, it just doesn’t come together to deliver the knockout punch I was hoping for.