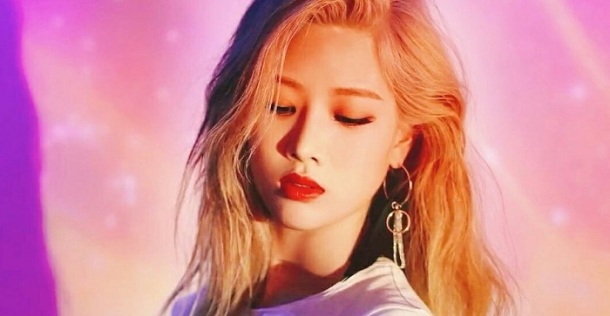 While its ambitious release schedule seemed overbearing initially, it feels as if the LOONA project has started to gain traction with fans. The girls’ material itself has also seen an uptick in quality, with bigger budgets and more involving imagery. It will be fascinating to see how each of these girls assemble into their eventual group, especially since each solo LOONA release has shifted genres so completely.

With the debut of Kim Lip, we’re given a spacey, sexy bit of laid-back r&b reminiscent of soloists like Sunmi and Gain. From the outset, Kim captivates with her breathy, effortlessly smooth vocals. She’s able to squeeze quite a bit from a relatively simple hook, riding the beat with the ease of a seasoned performer. Eclipse pairs her with an equally beguiling instrumental. Its atmospheric synths are subdued in the best way possible, painting an aural canvas that feels cool without ever trying too hard.

From the melody to the production, Eclipse is not about fireworks or climaxes. It finds its groove early and never really goes beyond that, similar to many restrained r&b hits of the 90’s. The latest tracks from LOONA members have shared this quality — capturing attention without all the bells and whistles that often make up girl group k-pop. The small turns and quirks of Eclipse‘s melody are well-suited to this style, engaging without ever pushing it over the edge. It’s a vibe you can get lost in, hypnotizing with an undulating beat and style to spare.